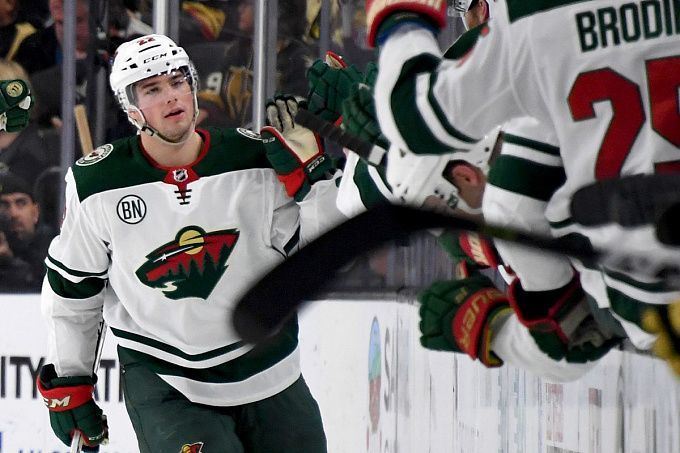 Minnesota crushed Chicago in their first head-to-head encounter of the regular season, 5-1. Will Derek King's team be able to get revenge in the upcoming game? Our prediction: the Wild will be closer to success again!

Minnesota is poised to contend for big things this season. From the very beginning of the regular season, Dean Evason's players began to show good results consistently, and their only regression came in the middle of December, when they suddenly suffered a 5-game losing streak. Fortunately, they managed to end it. It has been 5 matches since the Wild haven't left the ice without scoring a point, having recorded four wins in that span, with one loss to Colorado in a shootout, 3-4, which is not a shame at all. Such strong results allow the team from St. Paul to sit 5th in the Western Conference standings, but they still have a number of games to play.

Unfortunately, Chicago once again dwells among the NHL outsiders, at risk of flying past the cup battles. It would seem that the return of Jonathan Toews to the roster would increase the Hawks' chances of clinching a playoff spot, but nothing of the sort is happening in Chicago. The Canadian has had a mediocre season himself, despite the impact of the one-year break, and his age does not allow him to carry the weight of the entire team. Nevertheless, in the first half of January, Derek King's team extended their winning streak to 4 games and they began to see chances for improvement, but then they had to lose to Seattle and Minnesota, 2-3 and 1-5, respectively. Now Chicago sits 14th in the Western Conference standings with no real chance for a Cup battle.

During the regular NHL championships, the teams have played 78 face-offs. The Wild had 44 wins, while the Blackhawks were stronger in 33 games, and another game ended in a draw. The difference of the scored goals was also on the side of the hosts of the coming confrontation, 219-205. The rivals have met once in the current season, and then the victory was celebrated by Minnesota, 5-1.

Minnesota and Chicago at the moment are teams of quite a different level. While the Wild are serious contenders not only for the playoffs but also for the highest places in the West, the Blackhawks go third from the end, not solving any tournament problems. We caught a glimpse of the difference in class the day before, when Dean Evason's team defeated the Red and Blacks on the road, 5-1, without any trouble at all. Plus, they are clear favorites on home ice, so it seems natural to bet on the victory of Minnesota for about 1.80.

Kevin Fiala is still a relatively young forward who is in his eighth NHL season, his fourth straight for Minnesota. He's still very productive right now, although he's more and more often only on the third line of the Wild. The Swiss has already scored 26 points (9 goals + 17 assists) in 36 meetings, which puts him in the top-4 scorers of the team. Based on this, the optimal variant seems to be his Total Over (0.5) with the odds close to 1.85.

The Minnesota-Chicago confrontation is characterized by very good scoring activity. In the last five head-to-head encounters, the teams have combined to score 33 goals (6.60 average per game) on four occasions in that span, surpassing Total Over most of the time. The Wild are one of the most entertaining teams in the league this season, as they've already had 247 shots on goal in 36 games (6.86 average per game). All these figures give reason to look at the bet on Total Over (5.5) at odds of about 1.70.