Montreal Canadiens vs Buffalo Sabres: The Sabres will beat the Canadiens for the third time this season 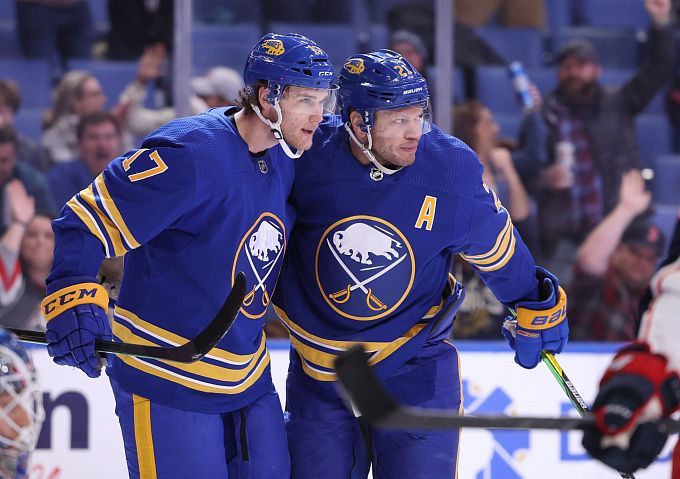 Prediction for the NHL Montreal Canadiens vs Buffalo Sabres match, which will take place on February 13. Check the team conditions and choose several betting options.

Montreal is at its worst. Their losing streak has now reached nine games. In the past, for example, the Canadiens lost to New Jersey (1:7), Washington (2:5) and Columbus (1:2). Montreal sits in last place in the Atlantic Division standings with only 23 points.

Buffalo Sabres isn't spectacular either, but they have at least recently won, unlike their opponents. The team beat Arizona with a score of 3:1 on January 30. After that win, however, the Sabres played three games and lost all of them. They lost first 1:4 to Colorado, then 2:5 to Vegas and then 3:4 to Columbus after overtime. As for Buffalo's position in the Atlantic Division table, they are penultimate with 36 points.

For some reason, bookmakers don't see a favourite in this match-up, but we think it's Buffalo. Not only does Montreal have nine straight losses, but it's also in its second day of back-to-back losses. And the Sabres have already beaten the Canadiens twice this season (5:1 and 4:1). We think they can do it today as well. Prediction: Buffalo's final win.