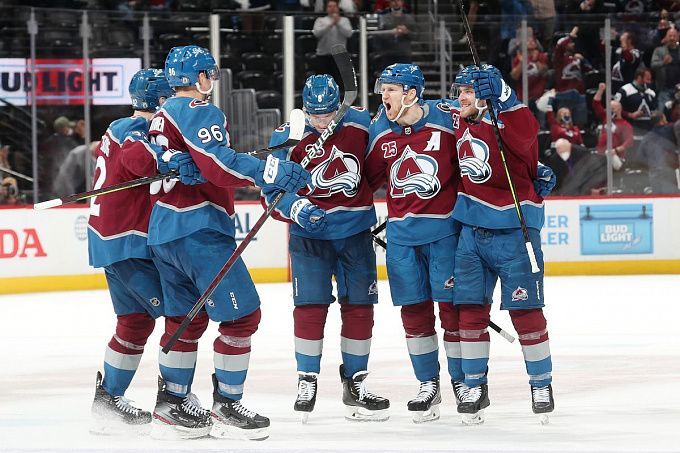 The Nashville Predators will take on the Colorado Avalanche in a match for the third spot in the Central Division. Let’s see how the opponents are doing and what’s best to bet on. There are several options to consider!

Nashville showed a great performance in the tour and earned the maximum number of points, that is, eight. First, the Predators easily dealt with Detroit (5-2), followed by a successful back-to-back – 4-3 over the Islanders and 3-2 over New Jersey, and the last game of the away series saw them seal the narrow victory over the Rangers (1-0).

Nashville does not shine on the home field as well as on the road – three wins and two losses, but they have clearly missed the home walls, plus the team had three days off, so we are to see the Predators motivated to win once again.

Colorado has the best goal-scoring and goaltending stats in their last five games among all teams in the Western Conference. Let's start with the fact that the Avalanche have won five out of five games, totaling 28 goals and conceding 15. It turns out that the Avalanche scored an average of 5.6 pucks per game – an excellent result.

Not scoring in the upcoming game will be risky as Colorado can drop to the fourth position in the Central Division table. Their upcoming opponents, Nashville, are right behind them, having one point less. So, essentially, this is a match for the 3rd spot in the division.

We will not pick a favorite in this matchup, as both teams show excellent hockey. Both clubs are on a five-match winning streak, but someone is bound to break it. We think that the winner will not be revealed in regulation time, but there will be more than enough goals. In general, we suggest betting on Total Over.