Nashville Predators vs St. Louis Blues: the Blues to come out stronger 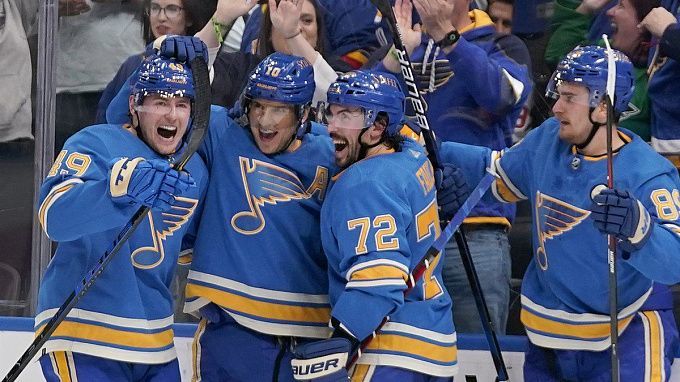 The Nashville Predators will take on the St. Louis Blues on April 18, 01:00 (UTC+3). Let’s see how the opponents are doing & what the best bet is. There are several options for you to consider!

Nashville doesn't look very good lately. Two wins – over San Jose and Chicago – and three losses (to Florida, Pittsburgh and Edmonton) in the previous five games. Because of this, the Predators have lost their advantage over Dallas. At the moment, the rivals have the same number of points (91), but the Predators are a line higher.

St. Louis decided to squeeze everything out of themselves by the end of the regular season. At the moment, the team has an eight-game winning streak, which includes two wins over tough Minnesota and victories over Calgary and Boston. The Blues are just a little bit away from making the playoffs. The team sits second in the Central Division with 100 points in 75 games.

In our opinion, the favorite of the game is St. Louis. The Blues show themselves too well in April, which, of course, cannot be said about Nashville with four wins and four losses.

St. Louis is one step away from the playoffs. The team looks very confident at the end of the regular season, so in the upcoming game we expect the Blues to win only. The opponents met twice this year, and twice the Blues were stronger (7-4 and 5-3). All in all, we recommend betting on the second team to win the game for a great quote.