New Jersey vs Arizona: The Devils are Likely to Win 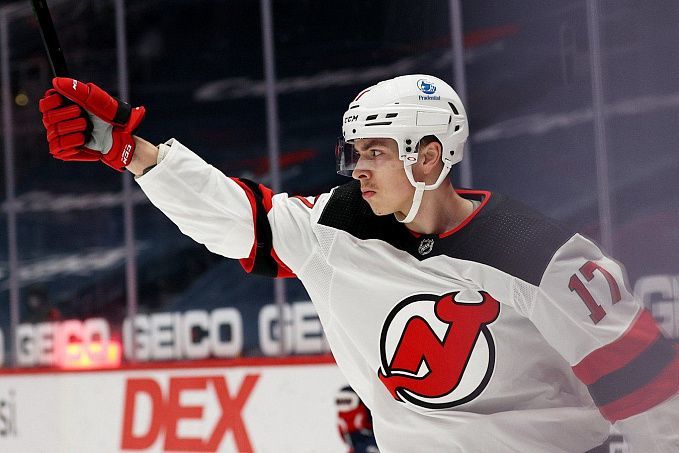 Arizona has beaten New Jersey on the road in only one of the last six head-to-head meetings. Will Andre Tourigny’s team improve that statistic now? Check the teams’ conditions and expert betting tips. Several betting options are available!

New Jersey is gradually gaining experience to compete for big things in the foreseeable future. Already in the current regular season, the Devils got off to a good start, but by December, they were in a severe crisis when they suffered ten losses in 11 meetings. Fortunately, then there was a Christmas break, which allowed the Red and Black to restart, so in the last seven games, Lindy Ruff's wards have won four times (not so bad). New Jersey had to postpone several matches again in mid-January. They are still only in 11th place in the Eastern Conference standings, with only a slim chance of making the playoffs.

Arizona has failed in the regular season, losing any chance of getting into the playoffs in the first month, as they have won only one game in 15. Gradually the Coyotes began to gain points and even win, but in all this time, they have only managed to win once in two in overtime against Detroit and Los Angeles with the same score - 2:1. In all other cases, the victory was followed by a defeat, and Glendale's representatives have earned only nine wins after 37 games. Such poor results leave Arizona in last place in the Western Conference standings. There is no sign of anything that will help them rectify their situation.

New Jersey and Arizona are outside the conference's top eight, while the Devils still have a chance of making the playoffs. The Coyotes are hopelessly tucked away in the bottom of the standings. Curiously, Glendale has won two games in the last two months against Eastern Conference opponents, most recently against a similarly desperate Montreal. The Red and Black have a higher level of ambition, and they still have tournament motivation, so we have to bet on a New Jersey win.

Due to the various covid restrictions, the hosts have missed several games lately and played its last game against the Islanders on January 14. Almost a week, the Devils were without competitive practice, which Arizona could try to take advantage of. After all, they played four days later. In addition, they beat Montreal - 5:2, which should add to their excitement for the promising debut of the confrontation. With this in mind, the optimal option for the forecast seems to be a total over 0.5 at the end of the tenth minute.

New Jersey and Arizona recently more and more often began to show the bright and offensive hockey, forgetting about the defence. All of this is reflected in the stats. In the last 12 meetings with the Devils, 82 goals were scored (6.83 average per game), while the Coyotes had 68 goals against (7.56 average per game) in their previous nine games. Both are very respectable numbers by NHL standards. In this situation, it is worth looking at a bet on a total over 6.5.