New Jersey vs Colorado: the Avalanche to Justify Favorite Status 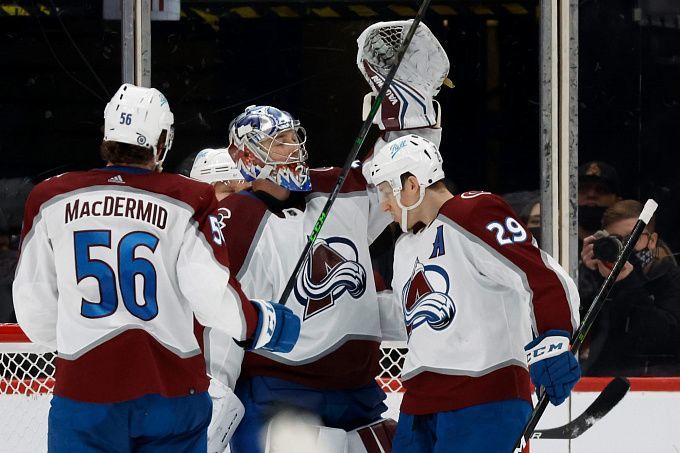 Prediction for the NHL New Jersey vs Colorado match, which will take place on March 9 at 03:00. Who will be stronger? Check the teams’ conditions and expert betting tips. Several betting options are available!

New Jersey is having another season as an NHL underdog. Еhe Devils have occasional bursts of activity when they suddenly produce bright and high-quality games, but then again a series of failures come. In January, the Red and Black had no chance to make the playoffs. They won just one game and lost ten times in one month. The squad gained momentum a bit recently, claiming five wins and five losses in ten contests. This surge has allowed the team to move up to 12th in the Eastern Conference standings, but it will be tough to reach the Cup eight.

Colorado is playing outstandingly, leading the NHL standings by a wide margin. Since the start of 2022, the Avalanche have had a tremendous stretch in which they have scored 19 games in a row. They have been winning consistently since then, although they have had setbacks from time to time. Jared Bednar's charges started March with 1:2 and 3:4 defeats to Arizona and Calgary. The day before, they ended their losing streak, beating the Islanders 5:4. Now the main task for the coaching staff is the systematic preparation for the playoffs, where the team from Denver will be the main favorite, even though in previous years they failed.

Colorado and New Jersey are very different teams at the moment. While the Avalanche leads the NHL standings, the Devils are among the Eastern Conference outsiders with no Cup ambitions. In favor of Denver speaks the fact that they beat the Red and Black in the four head-to-head meetings with a total score of 16:6. In the upcoming confrontation, Jared Bednar's wards are once again the favorites, so we bet on the victory of Colorado.

Colorado is the most productive team in the Western Conference. They have already scored 227 pucks (3.98 average per game) in 57 held meetings. At the same time, the Devils do not have the most reliable defense, conceding in 56 games 202 pucks (3.61 average). Moreover, the Avalanche have shot the Red and Black 16 times (4.00 average per game) in the previous four ties, so the optimal option for the prediction seems to be an individual Colorado total over 3.5.

Andre Burakovsky appears in Colorado's first lineup, which allows him to improve his stats. In 55 games, the Swedish forward has already scored 44 points (18 goals + 26 assists) and is only one away from breaking his record. In the last seven matches, the Scandinavian has left the ice only once without a point. It is worth considering a bet on the total over 0.5 by Andre Burakovsky.