New York Islanders vs Philadelphia Flyers: The hosts will have eight wins in a row 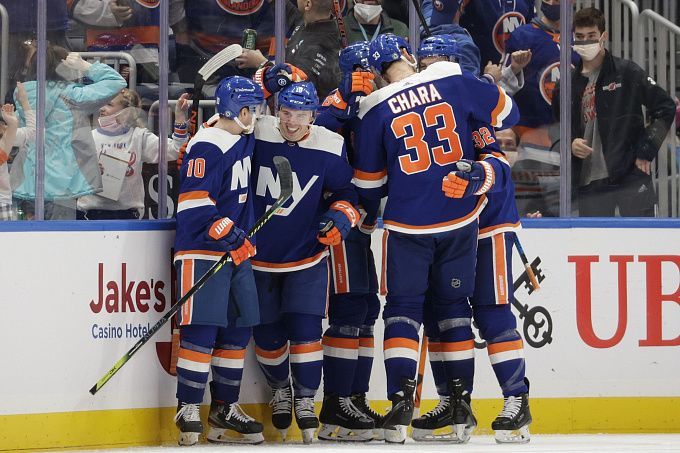 Prediction for the NHL New York Islanders vs Philadelphia Flyers match, which will take place on January 18. Check the team conditions and choose several betting options.

The Islanders had three wins in a row before last week's game. They beat Buffalo (4:1), Edmonton (3:2 in overtime) and New Jersey (3:2). However, New York suffered a 2:0 defeat against Washington. The Islanders are still in last place in the standings of the Metropolitan Division with 28 points, but they played only 30 games.

Philadelphia hasn't won since December 30, 2021. At the time, they beat Seattle 3:2 in overtime. Since then, the Flyers have played seven games and lost all of them. For example, in the last meeting, they lost to the Rangers (2:3). As for Philadelphia's position in the Metropolitan Division table is in the penultimate place but has played 37 games, seven more than their current opponents.

Philadelphia has seven defeats in a row. After such a long streak, the team is struggling mentally. In addition, they have to travel to New York, where the local team lost to Washington after three straight victories and will be aiming for a win. In addition, the hosts have seven wins over the visitors in their head-to-head encounters. We think the hosts will have eight wins in a row tonight. Prediction: Islanders will win.