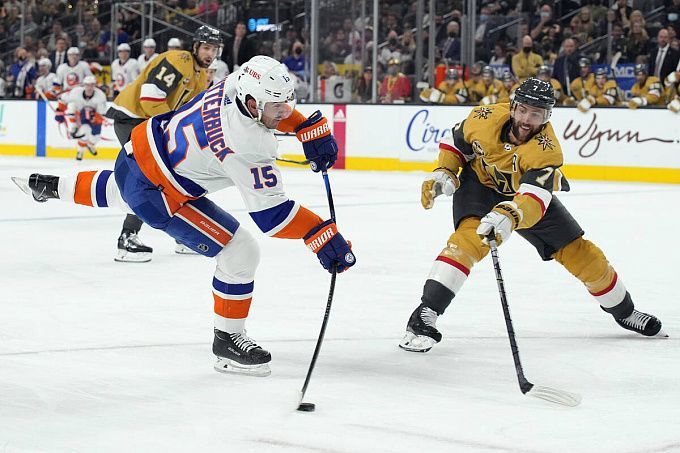 Vegas has won four matches in a row and will now play the New York Islanders. Barry Trotz's team really needs points. Will the Islanders be able to outplay the Knights? Let's pick a few options to bet on at once.

The Islanders are gaining momentum

As expected, the Islanders are gradually gaining form. The team that survived the long road trip and the COVID-19 outbreak has gained 3 wins in the last 5 games. There could be more wins, if not for the game with Nashville when the New York Islanders conceded the decisive goal a few seconds before the final siren. Apart from that, before facing Detroit, they lost Mathew Barzal just before the start of the match and did not have time to reset.

The Islanders had a good stretch, but there's no stopping. Barry Trotz's team still sits in the last 8th place in the Metropolitan Division standings, 10 points behind the wild-card zone in the East.

The Golden Knights approach their matchup with the Islanders in great shape. Peter DeBoer's team won 7 of their last 8 games. Vegas is already 2nd in the Pacific Division and currently 5th in the Western Conference standings.

In the previous matchup, the Knights beat New York Rangers on the road. The team from Nevada dragged the game into overtime five minutes before the final siren and ended up stronger in the shootout, 3-2.

The opponents have already played each other once this season when the Islanders beat the Golden Knights away 2-0.

Vegas came close to losing the first game in New York against the Rangers but escaped with five minutes left. It might not happen a second time in a row. The Islanders are gradually gaining form and have only lost twice in their last 8 games.

Prediction: The Islanders will be closer to victory.