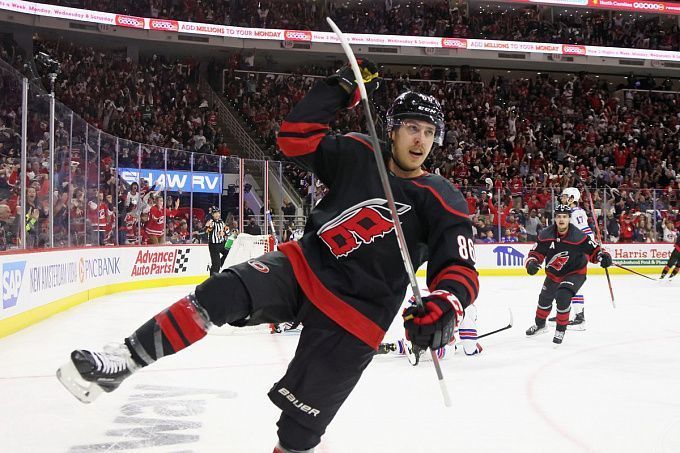 Prediction for the NHL New York Rangers vs Carolina Hurricane match, which will take place on May 29. Check the team conditions and choose several betting options.

The start of the Eastern Conference semi-final series did not work out for the Rangers. They failed twice against the hosts at the PNC Arena. First, the Rangers lost in overtime (1:2) and then lost 0:2. However, two home wins helped level the series, but a fifth away game put the New Yorkers in a difficult position. If they are defeated in the upcoming match, the play-off path is over.

Carolina started the series with confidence. After two home games, the Hurricanes had no trouble maintaining a comfortable lead, but their away game left much to be desired - two losses (1:3 and 1:4). The outcome of the fifth game was good for the Hurricanes (3:1). Thus, Carolina has a chance to end the series with a win in the upcoming match.

The bookmakers could not decide the favorite. We understand them. Carolina has never won on the road in the playoffs, but that could still change. This game is crucial for the Rangers, and the home team will do everything they can to extend their series to a seventh game.

Their opponents can't boast about their productivity, as they've never scored more than five goals. Carolina will also be cautious about conceding as few pucks as possible. With the help of their crowd, the Rangers will try their best to keep their opponent out of the final. We suggest playing for a winner in regulation time with that in mind.