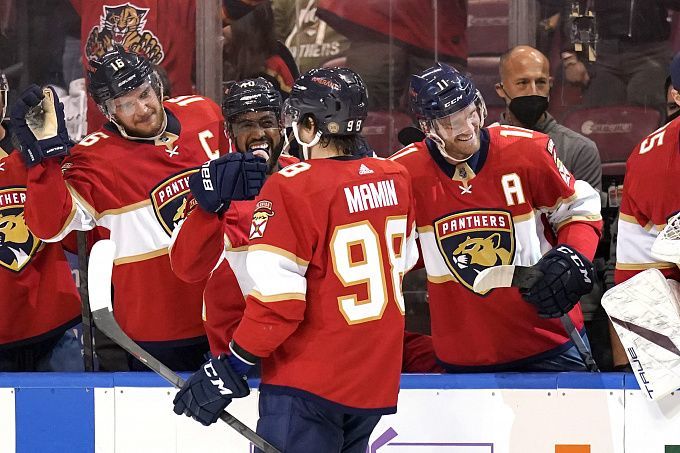 Prediction for the NHL New York Rangers vs Florida Panthers match, which will take place on February 2. Check the team conditions and choose several betting options.

The Rangers came to their senses after defeats to Columbus (3:5) and Minnesota (2:3). They beat lowly Seattle (3:2). As for the team's position in the Metropolitan Division standings is in second place with 62 points. The Rangers are two points behind the leading Carolina but have played four more games.

Florida quickly rehabilitated after a 3:5 loss to Seattle and beat four opponents in a row. First, the Panthers were stronger than Winnipeg (5:3), Vegas (4:1), San Jose (5:4 in overtime) and last game, they defeated Columbus 8:4. Florida still leads the Atlantic Division table with 69 points, five ahead of second-placed Tampa Bay.

In this matchup, we won't risk picking a favourite. It would seem that Florida has a better chance, but let's not forget that this is their second back-to-back game. The home team will put up a fight for the visitors. We think we're in for some entertaining hockey with plenty of goals. The opponents have scored at least six in their last 12 face-offs! The logical bet would be a Total Over. Prediction: Total Over (6).