New York Rangers vs New Jersey Devils: the Devils are unlikely to get through Igor Shesterkin 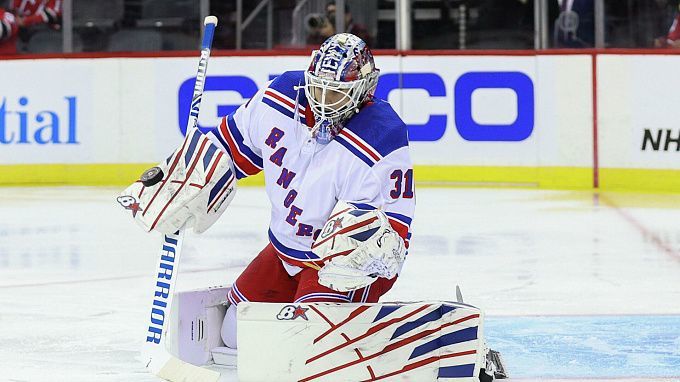 The New York Rangers have shown a very high level of defense in recent games. Gerard Gallant's team concedes rarely and wins a lot. Will the Rangers be able to outplay New Jersey at home? Let's choose several options to bet on at once.

After the All-Star Game break, the New York Rangers had only one truly disappointing game, a 2-5 home loss to Vancouver. Back then, the goal was defended by Alexandar Georgiev. With Igor Shesterkin in the starting lineup, the team won 4 games out of 6, and only once lost in regulation time, 0-1 to Pittsburgh.

In their previous game, the Rangers outplayed St. Louis 5-3 at home, conceding all 3 pucks in 2 minutes late in the second period. Other than that stretch, New York's lead was beyond doubt. Artemi Panarin had 1 goal and 2 assists. The Rangers had 34 wins in 54 games, finishing 6th in the Eastern Conference standings.

Injuries to the two main goaltenders Blackwood and Bernier have not had the best effect on Lindy Ruff's team. The Devils have been conceding a lot lately, and while they look great on offense at times, consistent scoring is out of the question.

Last game, New Jersey lost on the road, 3-4, to Columbus. The Devils have 19 wins in 54 games, and only 14 of them have been in regulation time. The team ranks 13th in the Eastern Conference standings.

In the first game of the season series, the Rangers were only able to break the resistance of the Devils in a shootout series, 4-3.

Lately, Nico Daws has been showing himself quite well in the goal of New Jersey. The 21-year-old German has 3 wins in 6 games and GAA of 2.79. The Devils aren't likely to concede much in their upcoming game, especially since the Rangers are focusing on defense to the detriment of their offense at times. It is also unlikely that New Jersey will be able to score much, as Igor Shesterkin, one of the best goalkeepers of the NHL season, is in goal for the Rangers.

Prediction: the Rangers will be closer to a win in a not the most high-scoring matchup.