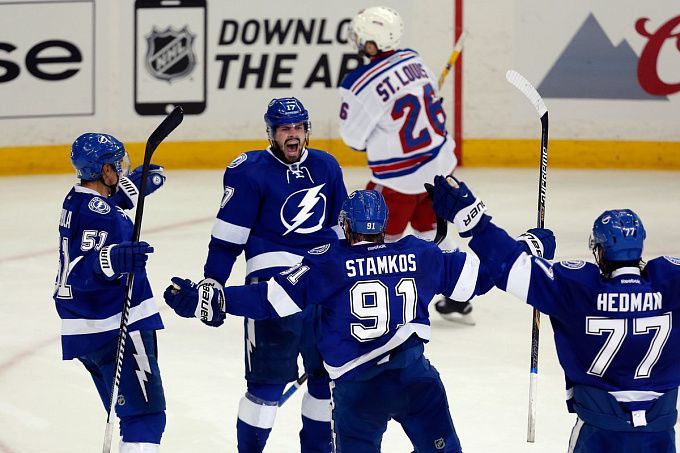 Prediction for the second game of the Stanley Cup Eastern Conference Finals between the Rangers and Tampa Bay on June 4. Check the teams’ conditions and expert betting tips. Several betting options are available!

The Rangers are playing well on their home ice. In both the series with Pittsburgh and the series with Carolina, the New York arena helped the Rangers reach the East Finals. In the first game, in the presence of the stands, the New Yorkers got a confident 6:2 victory over Tampa Bay. In the second game, however, they have an opportunity to consolidate their advantage before the two away matches.

Tampa Bay didn't make the Eastern Conference final series the best start. The Lightning lost to the Rangers by four pucks in the first away game, but now they need to improve. If the Lightning suffers a defeat in the second game, then the team will not be able to secure the advantage already in their home arena. So we expect to see some intense and attacking hockey from Tampa.

The bookmakers again favor the Lightning, but the outcome of the first meeting puts their choice in doubt. The Rangers are showing an excellent game in front of their stands and have the opportunity to increase their lead before the away games.

After scoring eight goals in the first game, we are not afraid to assume that there will be as many in the second. Tampa Bay is in a difficult position right now, which will force them to play attacking hockey. The Rangers will try to take advantage of their home ice and increase their lead in the series. We believe that the opponents will have no problem reaching the classic total over.

29 Jun 2022 23:18 Match Result: Ons Jabeur vs Katarzyna Kawa: Ons continues to march
This website uses cookies
This provides customers with a personalized experience and increases the efficiency of visiting the site, allowing us to provide the most efficient service. By using the website and accepting the terms of the policy, you consent to the use of cookies in accordance with the terms of this policy.
Settings
Feed
Customize