Ottawa Senators vs Detroit Red Wings: Bets and odds for the NHL match 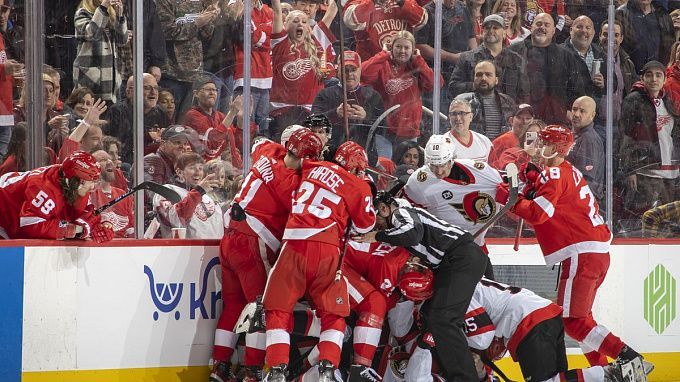 Prediction for the NHL Ottawa Senators vs Detroit Red Wings match, which will take place on April 3. Check the team conditions and choose several betting options.

The Senators will definitely not make the play-offs. At the moment they have only 54 points, 35 less than Boston. So Ottawa is just playing out their season right now. In their last five games, the Senators have won over Chicago and Detroit and suffered three losses (to the Islanders, Florida and Nashville).

Detroit has relaxed at all. They are now on a five-game losing streak, with a combined score of 11:28. Apparently, the team is very frustrated that they will not make the playoffs this season, as they are 27 points short of the top 4. The Red Wings are currently in fifth place in the Atlantic Division table with 61 points. In their last game, they lost by three pucks to Ottawa.

It would seem that the Red Wings are the underdogs in the upcoming match, and the Senators will pick up their second win in a row over them. However, we don't think so. Detroit is terrible right now, but you can't say that Ottawa is shining either. The opponents are playing at a plus or minus equal level, so the Wings have a good chance of winning this game.

In this pairing, we'll favour the second team. Both teams have no tournament motivation, but after last week's loss, Detroit clearly intends to take revenge.