Ottawa vs Montreal: the Canadiens to win the 5th match in a row 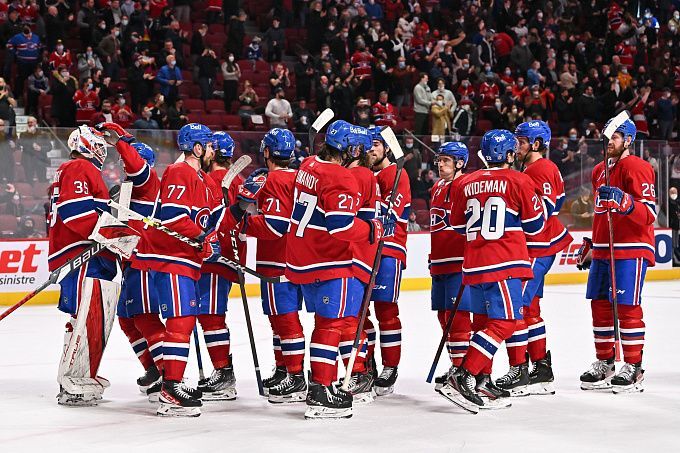 Montreal hasn't lost a point in four straight games. Will D.J. Smith's team be able to stop the league's runaway underdog? Prediction: the Canadiens will win another one on a roll!

Ottawa is an outsider of all last seasons, which continues to rejuvenate the lineup, that's why they do not interfere in the struggle to solve serious problems yet. Yes, the Senators are showing more decent games, but the team lacks the experience to demonstrate good results consistently. Nevertheless, in the last ten matches, Ottawa were able to get five wins and five losses, which is not so bad for them. The main thing is that now the youngsters are gradually getting their knees in order, and in the near future they will be a contender for the playoffs. For now Ottawa is only 12th in the Eastern Conference standings.

Montreal is a finalist in the last Stanley Cup, which this season has slowed down so much that it is now hopelessly the worst team in the Eastern Conference, occupying the last place in the standings. The reason for that is a lot of problems, besides the Canadiens having a lot of personnel problems. They looked awful during the whole regular season, but in the second half of February they suddenly underwent a major transformation, playing their best game of the season. In their last four games, the Canadiens took turns beating St. Louis 3-2, the Islanders 3-2, Toronto 5-2, and Buffalo 4-0. Four straight wins is half of what they had won in the previous 48 games.

The teams have played 156 face-offs in the NHL regular season. The Senators have had 72 wins, the Canadiens have been stronger in 79 games, and another five games ended in a draw. The goal difference is also on the side of the guests, 452-445. Last season, the rivals met ten times, Ottawa winning 6 games and Montreal celebrating victory 4 times.

Ottawa and Montreal are two outsiders of the Eastern Conference, no contenders for the playoffs, spending a very weak regular season. The Senators, meanwhile, are doing slightly better, while the Canadiens have had a disappointing season. Nevertheless, after the appointment of head coach Martin St. Louis, the Red and Blues have suddenly transformed, winning the last four games in a row, while the Red and Blacks continue to play with mixed success. As a result, it seems reasonable to bet on Montreal not to lose in regular time for about 1.86.

Ottawa and Montreal are two teams that are no longer fighting for the playoffs, so it would be nice for them to relax and enjoy the game, showing bright and attacking hockey, but increasingly they began to show Total Under in their matches. The last four games with the Senators saw only 18 goals scored (4.50 average per game), while the Canadiens had 19 goals (4.75 average per game) over a similar stretch. Based on this, we would expect the total to be under (6) pucks at odds close to 1.80.

Nick Suzuki is a young forward, who spends his third season in the NHL, but has already become a true leader for Montreal. During the current regular season the Canadian has played 52 games and scored 33 points (11 goals + 22 assists), which is the best indicator in the team. It is his actions that allow the Canadiens to make such tangible progress in recent games, so it is worth betting on his Total Over (0.5) at odds of about 3.40.