Ottawa vs Philadelphia: the Senators Closing to Victory 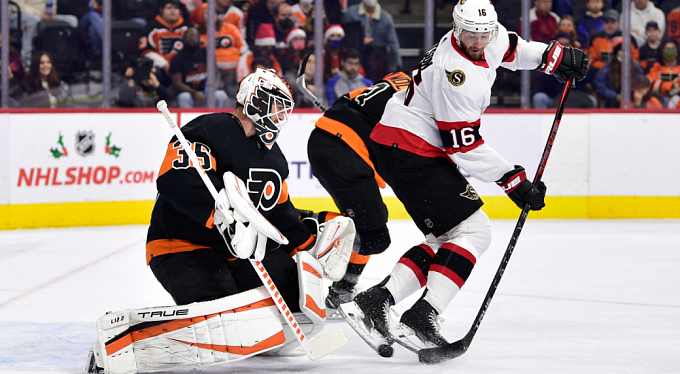 Ottawa, which improved in the second half of the season, will play its next game on home ice against Philadelphia. Will the Senators beat the Flyers? We will choose several options for betting at once.

The Senators have a talented youthful roster. In the second half of the season, the team has finally got stable. Although there are still few wins so far, such Ottawa team definitely has a future. Maybe in the following championship, they will stay at least close to the playoffs zone.

In the last game, Ottawa lost at home to Columbus 1:4. The failure was the third straight for the Senators. Before that, D. J. Smith's team fell to Chicago and Arizona.

Philadelphia to Have a Back-to-Back

Like Ottawa, the Flyers are no longer in contention for anything, sitting at the bottom of the standings. In addition, the game in Ottawa is the second back-to-back game for them. The first, against Nashville, ended after the publication of this text.

Before that match, the Flyers also had three straight losses - to Montreal, Carolina, and Florida.

In the first game of the season series, Ottawa lost on the road to Philadelphia in overtime, 3:4.

No matter how the game with Nashville will end, it is unlikely that Philadelphia can count to win in regular time. Moreover, the Senators suffered three defeats in a row and need a successful game. The prediction is that the Senators are likely to win.