Ottawa vs Vancouver: The Senators will pick up two points and move out of the last place in the North Division 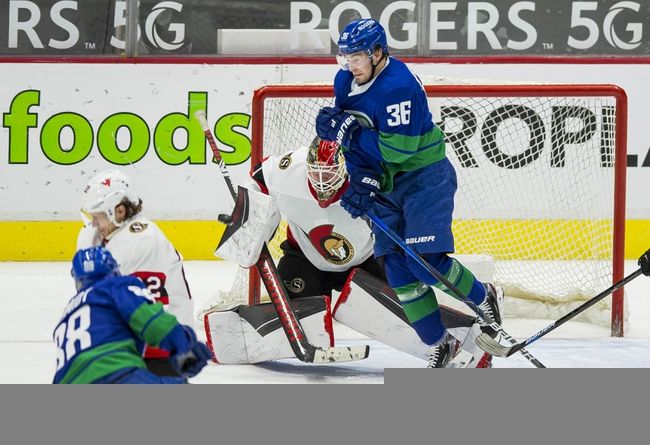 Vancouver hockey players can’t beat Ottawa on the road in five consecutive head-to-head encounters. Will Travis Green’s team be able to break their losing streak in the upcoming game? We predict that the Senators will fight till the end.

Ottawa at the end of the regular season decided to show their best hockey of the season when there is absolutely no tournament benefit from it. The only thing the Senators can achieve is a move from the last place to the penultimate spot in the North Division standings, but Vancouver have a one-point lead with seven games to play. As it turns out, D.J. Smith’s team is making progress simply to please themselves and to understand that they’re doing everything right. This season is lost, but next season, with the same level of play, you can expect to meet even bigger challenges.

Vancouver find themselves in a very tough tournament position. To make the playoffs, the Canucks have to stop losing altogether, or expect serious mistakes from Montreal. The fact is that the difference between the opponents is now ten points, while Travis Green’s team has five games to spare. Judging by their latest results, it will be difficult to count on success. In five meetings after lockdown they have already suffered two defeats, and from the weakest team in the Northern Division. It won’t get any easier from here on out. Their calendar is extremely tough, and all personal meetings with Montreal have already been played before.

Ottawa at the beginning of the current season suffered from Vancouver one crushing defeat after another, but by April the situation has improved, so now the Senators have won in two face-to-face games of the last three. D.J. Smith’s squad has a very decent game right now, even though they’re still in the last place in the North Division, but the Canucks have too serious squad problems, and the coronavirus has knocked them off their competitive schedule. Therefore, we advise you to bet on the victory of Ottawa with odds of about 2.00.

We haven’t seen any beautiful games from Ottawa lately. Vancouver also have problems with the squad and physical condition right now, so they act very pragmatically. Moreover, in the last six head-to-head encounters, the opponents have combined to score only 25 pucks (4.17 average per game), so the best option for the prediction seems to be Total Under 5.5 pucks at odds close to 2.10.

Brady Tkachuk spends the third season for Ottawa, but only now he became a true leader of the Senators and the best scorer of the team. In 49 games played the young forward has already scored 32 points (15 goals + 17 assists) and the day before he assisted on both of Ottawa’s goals against Vancouver. Such a solid involvement in the team game gives reason to look at the bet on Total Over 0.5 points by Brady Tkachuk with odds of about 2.00.