Philadelphia Flyers vs New Jersey Devils: Will it Be the Third Flyers Win? 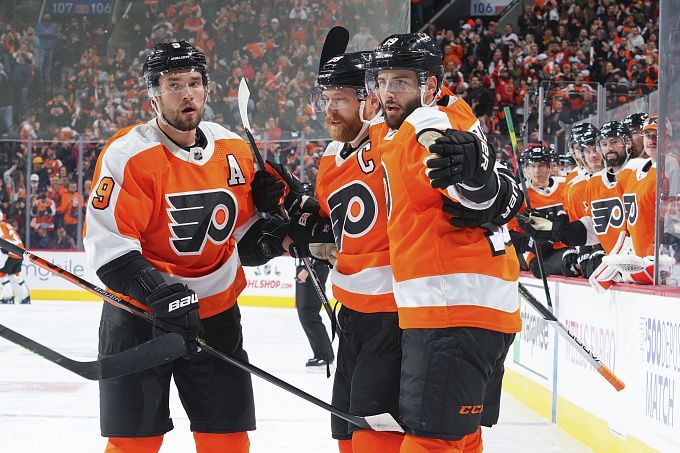 Prediction for the NHL Philadelphia vs New Jersey match, which will take place on December 15 at 03:00. Check the teams’ conditions and expert betting tips. Several betting options are available!

Did Philadelphia change dramatically? The team sensationally ended its terrible ten-defeated streak, beating a powerful Vegas (4:3). However, the Flyers did not stop there, and in the next game, they won over Arizona (5:3). Thus, Philadelphia overtook Buffalo in the Eastern standings and now is located in the 12th position. In the Metropolitan Division, the club occupies a second-last place.

New Jersey is not a solid team. It earned only six points in the previous ten games, beating Philadelphia twice (5:2 and 3:0) and losing twice in a shootout. With such results, New Jersey occupies the sixth position in the Capital Division standings, one point ahead of the opponent (25). The Devils encountered an away defeat from the Islanders (2:4).

As we mentioned earlier, the opponents have met twice in the ten matches, where New Jersey twice turned out to be stronger, with a total score of 8:2. Philadelphia is eager to take revenge. The Flyers are playing in their arena, which adds confidence. Plus, their spirit is high after two wins in a row. In our opinion, Philadelphia will gain two points. Prediction: the victory of Philadelphia in overtime.