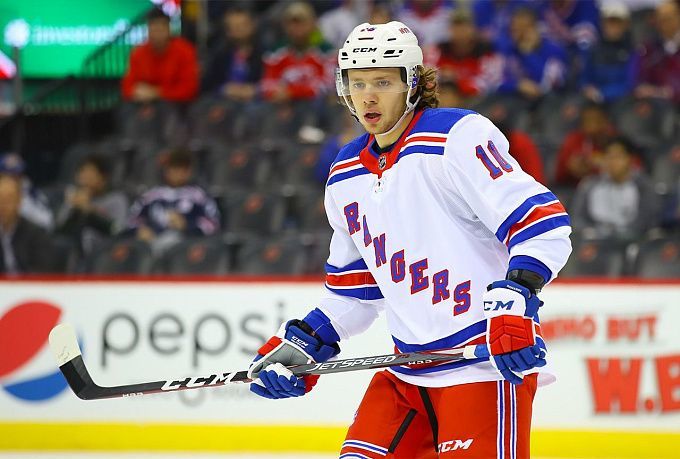 Prediction for the NHL Philadelphia Flyers vs New York Rangers match, which will take place on April 14. Check the team conditions and choose several betting options.

The Flyers have gone from being a Stanley Cup contender to an NHL underdog in the space of a year and a half. It has long been clear that the Pennsylvanians would not be fighting for a playoff spot at the end of the current regular season, but occasionally they fail even by their modest standards. The day before, the Orange suffered a devastating 2:9 defeat at the hands of Washington, which dropped them to 15th place in the Eastern Conference standings.

For the Rangers, the current regular season is going much better. They have avoided any major upsets over the course of the season and have long since secured a playoff spot. Right now the New York team is in good shape, having won nine of their last 13 games and lost four. They are currently sitting in fourth place in the Eastern Conference standings, but have a good chance of moving up.

Philadelphia and the Rangers are currently at different levels. While the Flyers have had a disappointing season, the Blueshirts are in great shape. Of course, Gerard Galland's charges are the clear favourites for winning the game. As a result, we have to bet on a Rangers win for 1.835.

The Flyers have already conceded 265 goals (3.63 goals per game average) in 73 games played. The Blueshirts should certainly take advantage of that, and their offence is absolutely perfect, as evidenced by their 227 goals scored in 74 games (3.07 goals per game average). We would expect the Rangers' individual total over 3.5 for 1.96.

Artemy Panarin is having a very strong regular season, which could be the best of his career. The Russian forward's personal record is 95 points (32 goals + 63 assists). Now, the 30-year-old has 88 points (21 goals + 67 assists). In addition, the game with Philadelphia is quite possible for the player, so it is worth looking at the bet on Artemy Panarin total over 1.5 for 2.50.