Philadelphia vs Buffalo: the Sabres Will Be Closer to Win 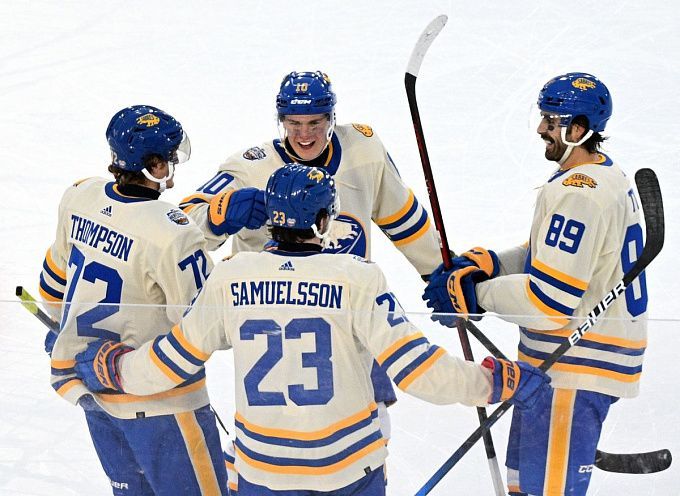 Prediction for the NHL Philadelphia Flyers vs Buffalo Sabres match, which will take place on April 18 at 00:00. Who will be stronger? Check the teams’ conditions and expert betting tips. Several betting options are available!

Philadelphia is approaching the game with a streak of four losses. The Flyers lost to Anaheim (3:5), Washington (2:9), the Rangers (0:4) and the same Buffalo (3:4). Either way, a tournament motivation for them is long gone. Philadelphia is in last place in the table of the Capital Division as usual, with only 57 points.

Buffalo has looked better than its opponent of late, with two wins in its previous three games. The Sabres managed to beat Toronto (5:2) and Philadelphia the day before (4:3), but in between those successes was a loss (2:6 to St. Louis). Like the Flyers, Buffalo has long had no chance of making the playoffs, as it is in sixth place in the Atlantic Division standings with 67 points.

Not even 24 hours after the meeting between these opponents, Buffalo managed to beat Philadelphia 4:3. Moreover, the Sabres scored all of their goals in the second period.

It should be noted that the previous game extended the series of face-to-face meetings, where Buffalo at least does not lose to Philadelphia, and the duel impresses us with many pucks. In this case, it seems logical to bet on not losing to the guests