Pittsburgh Penguins vs Boston Bruins: Expect a Total Over 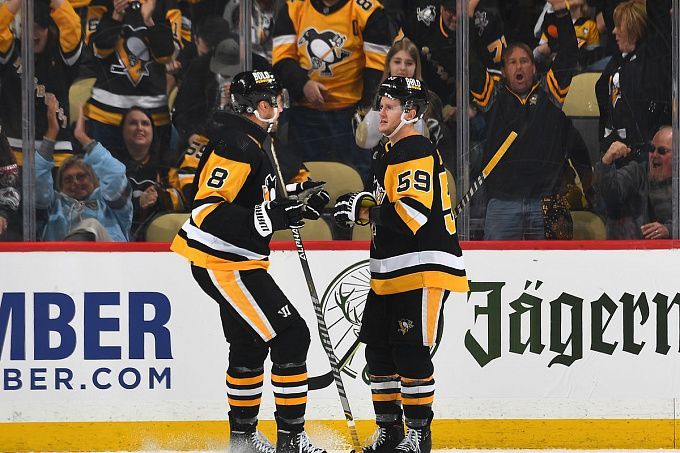 Prediction for the NHL Pittsburgh Penguins vs Boston Bruins match, which will take place on April 22. Check the team conditions and choose several betting options.

Pittsburgh is far from their best form. In their last five games, they have only two wins over Nashville (3:2 including overtime) and over the Islanders (6:3). In the other three, the Penguins suffered defeats. The first was a 3:6 defeat by Washington, then a loss to the Islanders and, finally, a one-point loss to Boston. Now the team takes revenge on its latest offender. Last time the Penguins played in Boston, now the game will be played at PPG Paints Arena, where the home team has an excellent record with 21 wins in 38 games.

After three straight losses (to Washington, St. Louis and Ottawa), Boston could rehabilitate themselves and already has a two-game winning streak. In the first game, the Bears beat Pittsburgh, and in the second game, they took revenge on St. Louis. It should be noted that Boston has already secured a direct playoff spot. In 76 games, they scored 99 points, which puts them in the top four in the Atlantic Division.

There is no favourite in this match-up. Both Pittsburgh and Boston made the playoffs early, so this meeting is purely personal. Last time they faced each other, it was a tedious encounter, with only three goals in an hour of playing time. That's not the outcome we're looking for this time around.

In eight of their last ten games, at least six goals were scored. The upcoming game against Boston will be no exception.