Pittsburgh Penguins vs Detroit Red Wings: The Penguins won't allow a third defeat in a row 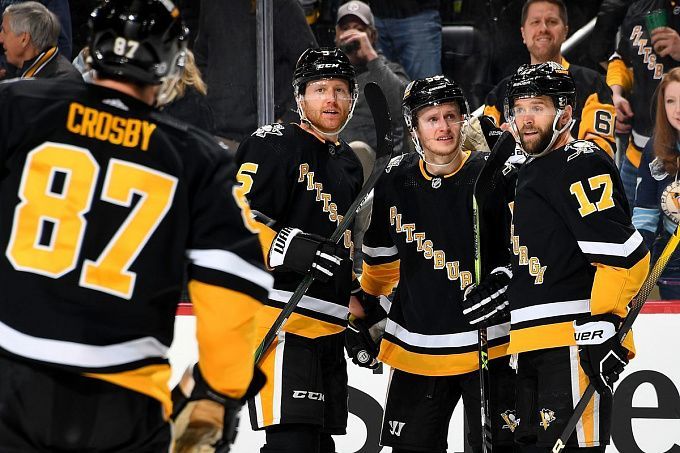 Prediction for the NHL Pittsburgh Penguins vs Detroit Red Wings match, which will take place on March 28. Check the team conditions and choose several betting options.

Pittsburgh has had a very uneven regular season, but that has not prevented them from finishing very high in third place in the Eastern Conference standings. The Penguins had a poor start to the season without their leaders, but as soon as they returned to the roster, their results picked up. For a long time, the Black and Yellow avoided slumps and then won five games out of six. However, they have slowed down a bit. First, they unexpectedly lost 3:4 to Buffalo and 1:5 to the Rangers.

Detroit has been among the underdogs of the NHL for the past few seasons, but this regular season has been a very good one. The rebuilding process for the Red Wings was nearing completion, but that was not the case. The team still lost a lot of points in 2022 and in the last 11 meetings they won only twice. Obviously, the Red and White still need to get stronger and more experienced, but in the meantime they've already fallen to 11th place in the Eastern Conference standings, losing any real chance of making the playoffs.

Pittsburgh is a much stronger team than Detroit this season, which makes them the clear favourite. The Penguins are now in third place in the Eastern Conference standings and are fighting for the play-off, but the Red Wings have already lost their chances. The Pennsylvanians have lost their last two games, but the Michigan representatives have only two wins in 11 previous meetings. As a result, we suggest betting on Pittsburgh to win with a handicap (-1.5) for 1.73.

Pittsburgh is one of the most prolific teams. In 66 meetings, the Penguins have already scored 214 times (3.24 average per game). Meanwhile, Detroit has serious defensive issues which resulted in 242 goals conceded in 65 games (3.72 average per game). In their last five home games, the Pennsylvanians have scored 20 times (4.00 goals per game average). Therefore, we suggest betting on an individual Pittsburgh total over (4) for 2.50.

At 37 years old, Jeff Carter continues to be one of Pittsburgh's leading scorers. He has already scored 35 points (15 goals + 20 assists) in 60 regular season games. Therefore, we suggest betting on Jeff Carter Total Over 0.5 for 3.5.