Pittsburgh Penguins vs New York Rangers: The Blueshirts won't be without points in Pennsylvania 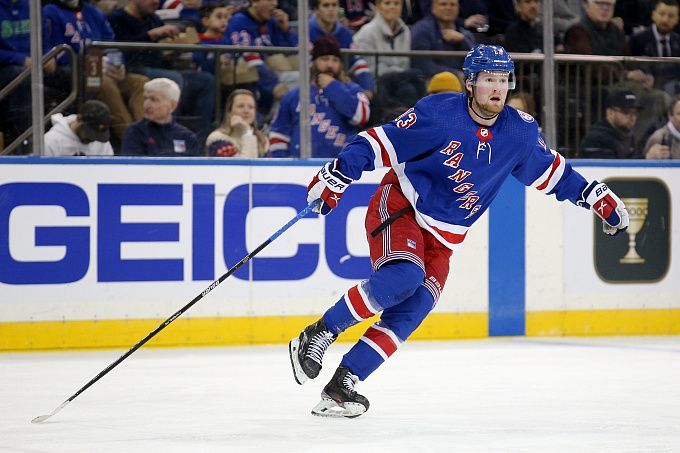 Prediction for the NHL Pittsburgh Penguins vs New York Rangers match, which will take place on March 30. Check the team conditions and choose several betting options.

Pittsburgh is having another decent regular season, which could well have gone much worse, but Sidney Crosby and Evgeni Malkin are back after a poor start to the season. Sometimes there are local collapses, as recently, when the Pennsylvanians lost 3:4 and 1:5 to Buffalo and the Rangers, respectively, but then they crushed Detroit 11:2. Mike Sullivan's squad is now third in the Eastern Conference standings, five points behind the leader.

Rangers is another team that makes a very pleasing impression. Now they will definitely be in the cup battles, and they will have a good chance of fighting for the title. The New York side, in particular, has been looking solid since the signing of Frank Vatrano and Andrew Copp. The Rangers are in significant form at the moment, as evidenced by four wins in the last five meetings, which have already lifted them to fourth place in the Eastern Conference standings.

Pittsburgh and the Rangers are neighbours in the Eastern Conference standings. For the Blueshirts, the trip to Pennsylvania has been disappointing of late, as they could not beat the Penguins on the road in five straight meetings, but now they have a good chance to fight for points in such a tough away game. The New York team has seriously strengthened their lineup in recent weeks, so they are now ready to succeed, even against such tough opponents. We suggest betting on the Rangers not to lose for 1.856.

Pittsburgh and the Rangers have been a goal-scoring affair of late. In the previous 19 head-to-head encounters, the opponents scored 132 goals against each other (6.95 goals-against average) and they reached a total over 15 times (79%). And now we have a good chance of seeing a goal feast. With that in mind, we suggest betting on a total over 5.5 for 1.944.

Alexis Lafreniere played in 64 games and recorded 25 points (15 goals + 10 assists). The day before, the 20-year-old Canadian had a bright game against Buffalo, where he scored once himself and assisted once again. Perhaps this local success will give him confidence, so it is worth looking at the bet on Alexis Lafreniere Will Score for 4.75.