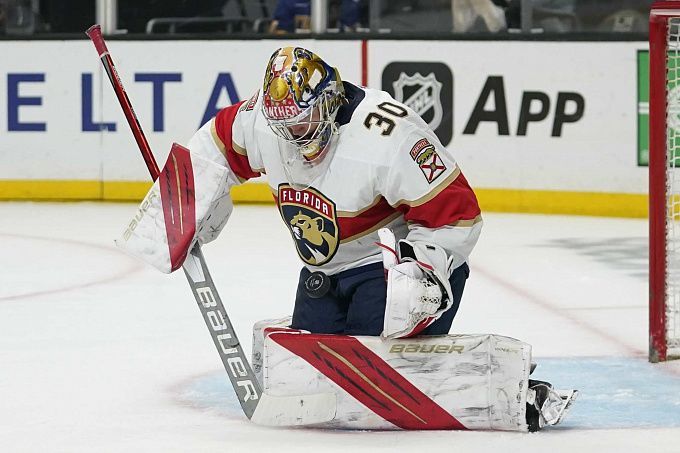 Prediction for the NHL San Jose Sharks vs Florida Panthers match, which will take place on March 16. Check the team conditions and choose several betting options.

San Jose has slowly jumped out of contention for a playoff spot, although they did well in the first half of the regular season. The Sharks' major setback came in February, when they lost seven straight games and fell behind in the top eight. In their last eight games they've stabilized somewhat, picking up four wins and four losses. However, that still hasn't been enough to guarantee a playoff spot. The day before, Bob Boughner's team beat Los Angeles (5:0) in the California derby, but they are still sitting in 13th place in the Western Conference standings.

The current regular season is going very well for Florida. The team is among the league leaders and combines decent results with a bright and entertaining game. In late February, the Panthers suffered a slight setback, dropping three straight games without points, but then went on a five-game winning streak and every time they won only in regulation time. Only the day before, their winning streak was interrupted as Andrew Brunnette's team lost to Los Angeles (2:3 on a penalty shot). This local setback had little effect on the Southerners, who remain in second place in the Eastern Conference standings, only one point behind the leader.

Florida is one of the strongest teams in the NHL in the current regular season, with virtually no major setbacks. The Panthers lost to Los Angeles the day before, but this setback will only make them angrier. Poor San Jose, who just barely escaped a major crisis, will be under pressure. However, the Californians will hardly be able to oppose such a formidable opponent. In the last five head-to-head encounters, the Sharks have not won a single game. Therefore, we suggest betting on a win for Florida for 1.66.

Florida is a team that has been insanely productive on offence this season, even though it has been fraught with defensive problems. A total of 418 pucks (7.08 average per game) have already been scored in 59 games with the Panthers, which is a powerful number for such a long stretch. In the five previous meetings, the teams have scored 37 goals (7.40 average per game), so we suggest betting on a total over 6.5 for 2.05.

Carter Verhaeghe is a hockey player who has had a tremendous breakthrough in his career in recent years. Three seasons ago he played in the American minor leagues before winning the Stanley Cup with Tampa Bay, and now he's a first-team player for Florida. During the current regular season, the 26-year-old Canadian played in 58 games and recorded 46 points (20 goals + 26 assists), which is already his personal best. In such a situation, we suggest betting on Carter Verhaeghe Total Over 0.5 for 3.74.