San Jose vs Calgary: The Sharks won’t lose to the Flames for the second time this season 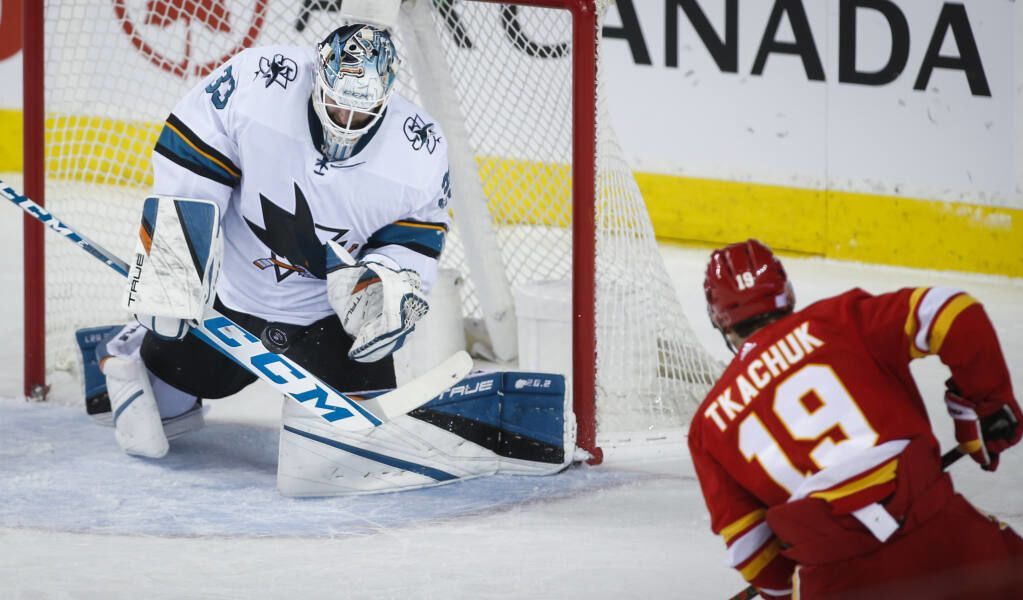 San Jose had a very bad game in Columbus, losing to the back-to-back Blue Jackets 4-6. The Sharks will try to bounce back in a home game against the Western Conference leader Calgary Flames. Will the Sharks be able to outplay such a powerful opponent? Let’s pick a few bets at once.

The Sharks approached the game in Columbus, having won 5 games out of 7. The more surprising defeat to the Blue Jackets was by a score of 4-6. The Sharks took two early leads, 2-1 and 3-2, but failed early in the third period when they conceded two straight goals. The score then became 5-3 in favor of Columbus, and San Jose were no longer back in the game.

Overall, Bob Boughner’s team is doing quite well for the season. San Jose have 13 wins in 25 games and a real claim, at least right now, to make the playoffs.

Calgary suffered their fifth loss of the season

The Flames have ten losses in total, but it was five in regulation time after the game against Vegas. The duel with Calgary was much more important for the Golden Knights than for the Flames themselves, so the outcome is no surprise, 2-3. The Flames were 0-2 and 1-3 down, they didn’t give up, and Andrew Mangiapane cut the deficit to a minimum with 2.5 minutes to go, but Darryl Sutter’s team ran out of time.

Despite the loss to Vegas, Calgary retained first place in the Pacific Division and the entire Western Conference. The Flames have had 15 wins in 23 games since the start of the season.

The Sharks cannot be underestimated ahead of their upcoming matchup. The team plays very high-quality hockey, acts reliably in defense and responsibly approaches the realization of their chances. There’s a high probability that San Jose will stop Calgary. Moreover, the Sharks already managed to do it once this season.