San Jose vs Edmonton: the Sharks to Gain Points 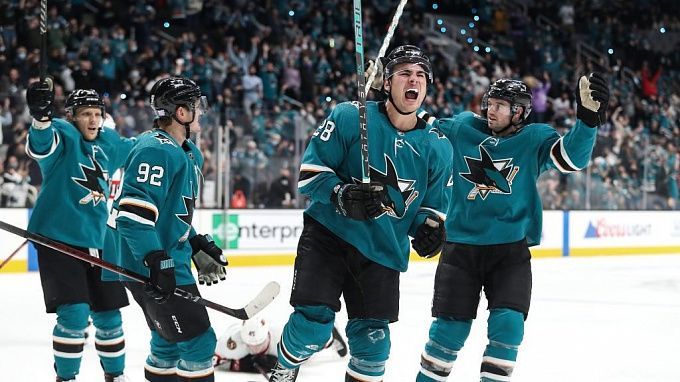 Edmonton won their first game since Dave Tippett was fired as head coach. The Canadian team will play their next game in California against the San Jose Sharks. Will the Oilers consolidate their success? We'll pick a few options to bet.

Due to the not-so-great level of the Pacific Division. Anaheim and Los Angeles occupy the seventh and eighth places in the Western Conference. Behind them are Edmonton, Vancouver and San Jose. One of the wild-card spots will most likely be claimed by a Central Division team - Dallas, while one of the other teams will contest for another ticket.

The match with Edmonton will be the first for San Jose after All-Star Game. Before the break, the team made an East road trip in which they beat Washington and lost to Carolina. Then they scored one point each against Eastern Conference leaders Florida and Tampa Bay. An excellent result. San Jose is 7 points away from the wild card, but Bob Boughner's team has three games left.

Edmonton Got an Emotional Shake-Up

Changing the head coach is always emotional for the players. That's why teams often win their first game under a new coach. Edmonton was no exception. The Oilers beat the New York Islanders at home for the first time with Jay Woodcraft. They outscored New York Islanders 3:1. The goalie Mike Smith came up with 37 shots edged.

Edmonton is in tenth place in the Western Conference standings, four points behind the Wild Card zone. The Oilers lost more points than the eighth and seventh Anaheim and Los Angeles.

Edmonton's win over the Islanders was primarily a credit to Mike Smith, who played a good game. However, the experienced goalie is unstable and likely won't play a second game in a row at this level. San Jose is not an easy opponent. The Eastern Conference's top teams had a taste of that recently. On the home arena, the Sharks must earn points - the difference in class, despite the presence of McDavid and Draisaitl, is not as significant.