Content
To top
1.
San Jose has not lost two games in a row
2.
Los Angeles is one of the leaders of the West again
3.
Injured reserve
4.
Head-to-head encounters
5.
Expert Betting Tips
6.
Betting options
Users' Choice
12 200 USD

San Jose vs Los Angeles: the Kings to beat the Sharks for the first time this season 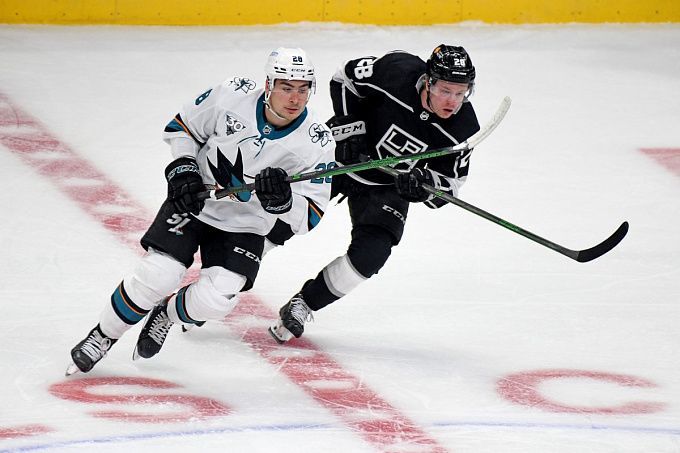 Los Angeles is already 5th in the Western Conference standings. Will Todd McLellan's team be able to consolidate their success in the away game against San Jose? We will choose several options for you to bet on at once.

San Jose has not lost two games in a row

The match against the Kings will be the second in a row for the Sharks. The first game, held in Los Angeles, ended with San Jose winning in overtime, 4-3. Earlier the Sharks managed to resists Anaheim on the road, losing to the Ducks only in overtime (2-3). Bob Boughner's team seems to be coming around a bit. San Jose is 12th in the Western Conference standings and has yet to lose their playoff chances.

Los Angeles is one of the leaders of the West again

The Kings are right now in fifth place in the West. Apparently, Todd McLellan's team is determined not just to make the playoffs, but to get as far as they can. Is one of the most successful teams of past decade back among the best?

Prior to last week's loss to San Jose, Los Angeles enjoyed an impressive away streak, beating Columbus, Buffalo and Boston.

The season series score is 2-0 in favor of San Jose.

It is unlikely that the Kings will allow themselves to lose to the Sharks for the third time this season. Todd McLellan's team aspires to do a lot and has handled much tougher opponents than San Jose more than once in the course of the championship.

Prediction: a win for Los Angeles.