Seattle Kraken vs Vegas Golden Knights: The Knights will be closer to victory 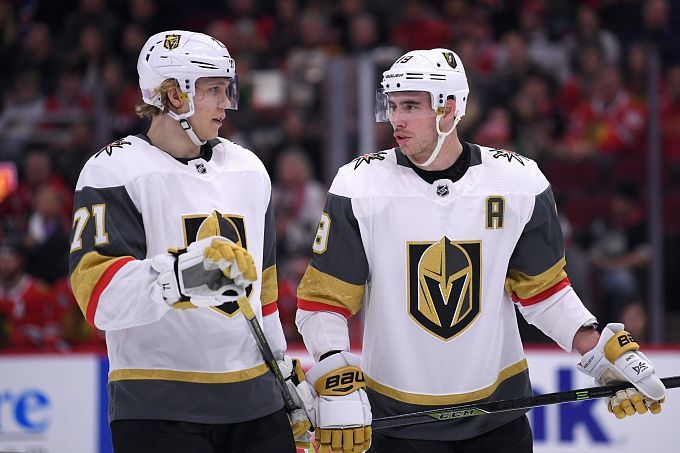 Prediction for the NHL Seattle Kraken vs Vegas Golden Knights match, which will take place on March 31. Check the team conditions and choose several betting options.

Seattle continues to get used to the National Hockey League. The tournament debutant is in its first season, so one would hardly expect incredible results from them. The Kraken are gradually making progress. They have been on the losing streak from time to time, but in the last six meetings, the team has managed four wins and two defeats. Currently, Seattle sits in the penultimate spot in the Western Conference standings, just ahead of Arizona.

The current regular season could be the worst ever for Vegas. The team from Paradise are also very young, but have made the play-offs every time since 2017, and now risk avoiding the cup battles. The reason for that is a disappointing stretch in which they suffered 11 defeats in 15 matches, with five wins. Thankfully, they've finally improved now, winning four of their last six games. That's not enough to clinch a playoff spot, as they're currently only in ninth place in the Western Conference standings.

Seattle and Vegas have had a disappointing regular season, sitting outside the Western Conference top eight, but they have made recent progress, winning four of their last six games. The only difference is the Kraken are no longer in contention for a playoff spot, while the Knights sit ninth in the standings and have every chance of moving higher. We suggest betting on Vegas to win for 2.042.

Seattle and Vegas have played each other twice in the current regular season, and both times effectively. Don't expect a goal-scoring extravaganza in the upcoming battle. Those two meetings were held in the fall, when the Knights were in good shape, and the Kraken were just getting settled in the NHL. Now, the Black and Gold are fighting for the playoffs, so they'll probably try to get two points and a total under 5.5 for 2.195 might be the best option.

Shea Theodore is a defenceman who has played for Vegas since the team's inception. He recorded 46 points (13 goals + 33 assists) in the 2019/20 regular season and now has 38 points (8 goals + 30 assists). Obviously, the 26-year-old Canadian is in excellent form, so it's worth looking at a bet on Shea Theodore Will Score for 5.00.