Seattle vs Edmonton: McDavid’s Oilers are very dangerous, but the Kraken won’t give up the win without a fight 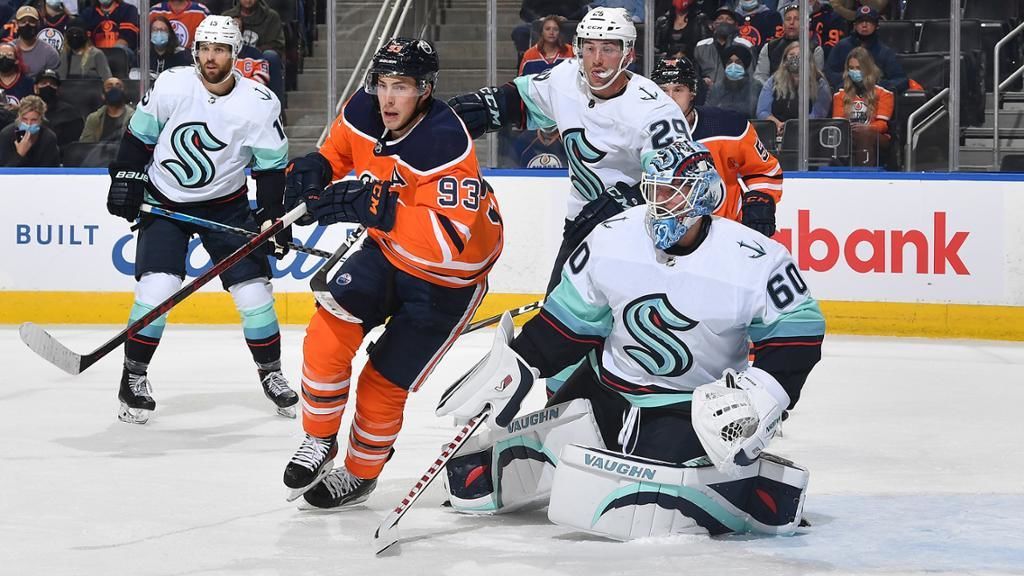 Edmonton picked up a landmark win, defeating Pittsburgh on home ice. McDavid and Crosby faced off for the first time in over two years, and the score was 5-2 in favour of Connor. Now the Oilers travel to Seattle. The local Kraken have won four of their last six games. Will Edmonton be able to outscore a struggling opponent?

Seattle have pulled themselves together

The Kraken have reached their bottom. After nearly falling to last place in the entire Western Conference, Dave Hakstol’s team picked themselves up, rebuilt their hockey a bit, and began to pick up points steadily. It’s too early to draw any long-term conclusions, but the fact remains that in recent games, Seattle finally reached at least an acceptable level.

The Kraken failed to win in the previous match, but the team from Seattle was not without points either. The meeting in Detroit against the Red Wings ended 3-3 in regulation time, and the game went down to a shootout in which the home team was successful. The game ended an away series for the Kraken with two wins, including one over Florida. Earlier, Seattle took turns beating Carolina and Washington at home.

The meeting between Edmonton and Pittsburgh was eagerly awaited. Crosby and McDavid haven’t faced each other for more than two years. The result of the matchup can hardly come as a surprise. The Oilers outplayed one of the most decorated teams of the past decade, confirming their ambitions to become one of the NHL flagships of the current decade. McDavid scored and dished out three assists for 5-2; Crosby recorded just one assist and finished the game with a -4 assist rating. McDavid had a +5, by the way. No further comment is needed here.

Edmonton have hardly lost a game this season. Dave Tippett’s team has 16 wins in 21 games and rightfully tops the Western Conference table. It would be no surprise if the Oilers also pick up a win in Seattle. However, 60 minutes of regular time might not be enough for the Oilers. The Kraken have made some good progress, and Edmonton might relax a bit after their landmark success in the game against Pittsburgh.

We predict that Edmonton will certainly not lose to the Krakens in Seattle.