Seattle vs Florida Prediction: the Kraken is Unstoppable 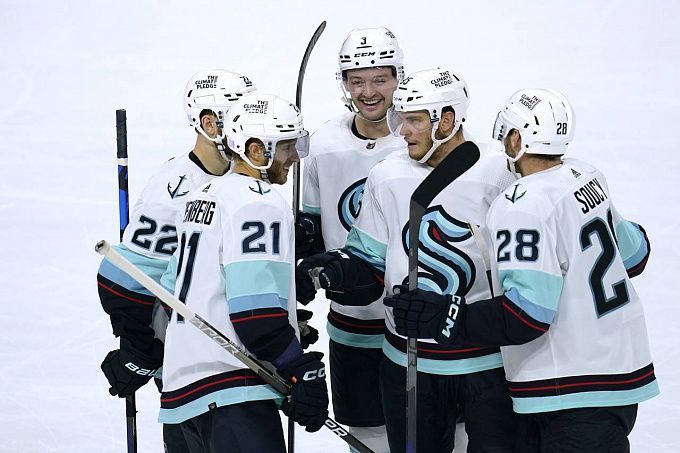 Prediction for the NHL Seattle vs Florida match, which will take place on December 4th. Who will turn out to be stronger? Check the team conditions! Several betting options are available.

Kraken is unstoppable. In the previous game, Washington was close, but leading 2-1, Alexander Ovechkin and company missed from Yanni Gourde 2.5 minutes before the final buzzer. In overtime, Matthew Beniers brought Seattle another win as early as the seventh second. The score was indeed the seventh straight for Dave Hakstol's team. Seattle finished second in the Western Conference standings, only behind Vegas for points lost.

The Panthers had their previous game against Vancouver after a streak of three straight losses. Paul Maurice's team managed to remedy the situation by beating the Canucks 5-1. Sam Bennett scored a double, and Matthew Tkachuk, Ryan Lomberg, and Gustav Forsling contributed a goal apiece. Spencer Knight has finally ousted Sergei Bobrovsky from the starting lineup and has 32 shots saved. Florida is 10th in the East with 11 wins after 23 games.

Seattle has been unstoppable of late - the team shows energetic and quality hockey and, not coincidentally, has already won seven straight. That makes it all the more surprising to see Florida as the favorite for the upcoming game. The Panthers, led by Paul Maurice, are still trying to find themselves. Their road trip is very uneven, and in their game against the Kraken, they might not rely on Aleksander Barkov, one of their top offensive leaders. Let's take advantage of the bias in the betting odds and bet on Seattle.