Seattle vs Islanders: the Islanders to Take Revenge for the Loss 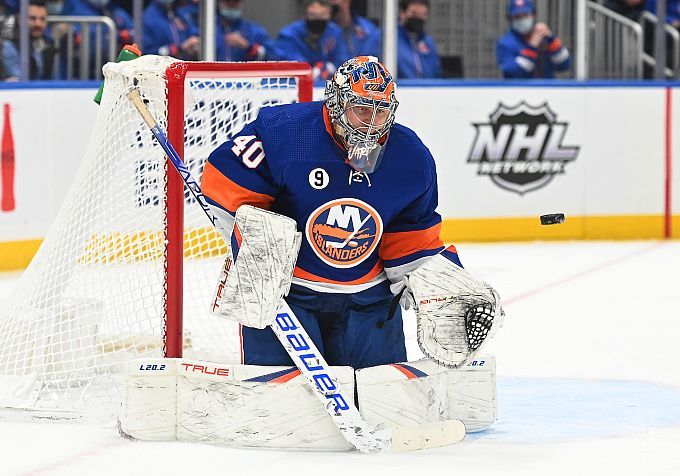 Seattle beat the Islanders in their only previous head-to-head meeting ever - 3:0. Will Barry Trotz's team take revenge on the Krakens now? Check the teams’ conditions and expert betting tips. Several betting options are available!

Seattle is a newcomer to the National Hockey League and has a very low-key debut season. The Kraken occasionally performs very well. However, they look too unstable in the tournament course, so they do not solve serious problems yet. Currently, Dave Hextall's team is in poor form as they haven't been able to gain points in four games. The team lost to Toronto 2:6, Winnipeg 3:5, Calgary 1:2, and Vancouver 2:5. Such poor results leave Seattle in second last place in the standings, with Arizona coming close.

The Islanders are having a tough season. Before the start, many considered the Islanders the top favorites, but they have a massive chance of missing the playoffs. New York's decline was brought on by a lack of home games in the beginning. Also, their key players were constantly caught up in the covid-protocol. That led them to miss several games, so they had to play them on a rigid schedule. The Blue and Oranges consistently scored for a while, but they have only one win in the previous five games. The Islanders dropped to 11th place in the Eastern Conference standings.

Seattle and New York have an underperforming season, sitting out of the playoff. Still, the Islanders have a chance to get there, as they have a few games to spare, and the lineup skills make them a serious contender. Alas, the Krakens are already far behind, being in poor form unable to score. In this situation, the favorites are New York, and we bet on its victory.

Seattle often gives out TO outcomes, but it's not this case. Their opponents are known for pragmatism and defensive playing, even in their best shape. Now the Islanders need to earn points. In games against such an opponent, they may do it with minimal effort. We would say that a total under 5.5 would be an excellent way to go with that in mind.

Mathew Barzal is one of the players who has been the backbone of the Islanders for all the recent years. He is the best in his club and significantly leads the Islanders in scoring. The Canadian has already shot 33 points (12 goals + 21 assists) in 42 played meetings. In this situation, it is worth looking at a bet on the total over 0.5 points by Mathew Barzal.