Seattle vs San Jose: Kraken to please their fans 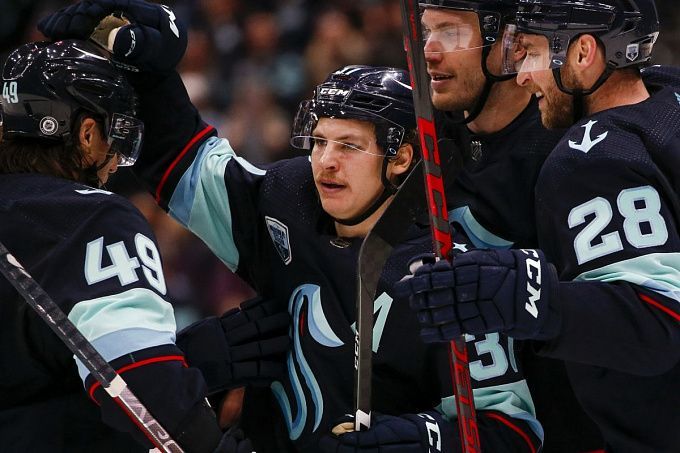 The Seattle Kraken will take on the San Jose Sharks on April 30, 05:00 (UTC+3). Let’s see how the opponents are doing & what the best bet is. There are several options for you to consider!

Seattle has long been mentally preparing for next season. The team settled into the NHL in its debut and finished last in the Pacific Division standings. The Kraken scored 58 points in 80 games, trailing seventh place Anaheim by 18. After three straight wins, Seattle has lost four straight matches.

At one point, San Jose still had a chance to make the playoffs, but a streak of ten straight losses nullified their chances. Thus, the Sharks finish the season sixth in the Pacific standings with 77 points, although they can still beat seventh place Anaheim. After two wins, San Jose lost just to Anaheim (2-5) and last game to Edmonton with a score of 4-5 in overtime.

Bookmakers think Seattle is the favorite to win the matchup, and we agree with them. The Kraken will surely be able to charge properly for this meeting, because it will be the last one this season in front of their fans. The Sharks, on the other hand, have no motivation whatsoever.

Since the odds on Seattle are decent, we have a chance to play it safe and bet on a win, including overtime and shootouts.

Our prediction: Seattle to win the match for 1.79.