Seattle vs Tampa Bay: the Lightning to Outplay the Worst Team in the West 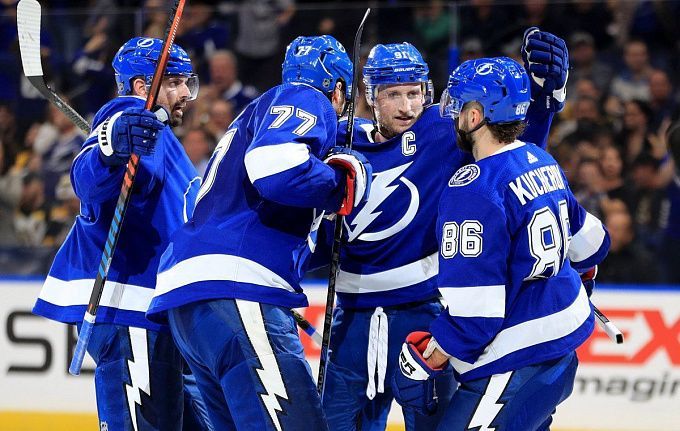 Tampa Bay defeated Seattle 3:0 in the first game in their rivalry history. Will David Hakstol's team get revenge in this upcoming battle? Who will be stronger? Check the teams’ conditions and expert betting tips. Several betting options are available!

Seattle is getting comfortable in the NHL, gaining experience for future victories. The Cracken's debut was not the easiest. After all, the success of Vegas, which reached the Stanley Cup Finals in its first season, was too telling, so we expected the club to do the same. But after the draft, the level of ambition dropped slightly. Dave Hakstol's squad turned out to be weak, that's why their results are mediocre. Recently they fell apart, losing 11 of their previous 13 games. This series of failures has already dropped Seattle to the bottom of the Western Conference standings.

Tampa Bay is the champion of the last two Stanley Cups. They lost some important players in the offseason, but even such staffing problems do not prevent them from contending for another title. The Lightning occasionally failed in the regular season and their leaders missed many games, but they should certainly be in excellent shape for the Cup battles. In the first half of March, Jon Cooper's wards unexpectedly suffered three defeats in a row. The day before they ended the streak, beating Vancouver - 2:1. Tampa Bay occupies third place in the Eastern Conference, only six points behind the leader with a game to spare.

Seattle and Tampa Bay are teams from different standings' poles with very disparate goals. While the Crackers are having their first debut being the outsiders, the Lightning continues to be among the leaders in the East. That fact alone makes Jon Cooper's team a favorite. What's more, the opponents' previous head-to-head game also ended in favor of the Southerners, 3:0. As a result, we bet on the victory of Tampa Bay with a handicap (-1,5).

Tampa Bay is famous for its powerful offense. In 59 games, the Lightning scored 200 goals (3.39 average). Meanwhile, Seattle has serious problems with defense, as evidenced by the 220 conceded goals in 61 meetings (3.61 average). Jon Cooper's men have had little trouble on offense, so the upcoming battle is a grand chance to improve their stats. The optimal prediction seems to be an individual total of Tampa Bay over 3.5.

Anthony Cirelli is growing stronger. He's in his fifth season with Tampa Bay. The 24-year-old player often comes on as a center forward in the secondary, flanked by Steven Stamkos and Alex Killorn. Quite a group! He has already scored 31 points (13 goals + 18 assists) in 54 games. There are still 13 points left to set a record, so anything is possible. We bet on the total over 0.5 points by Anthony Cirelli.