St. Louis Blues vs. Calgary Flames: the Notes to Rehabilitate After a Loss from the Flames 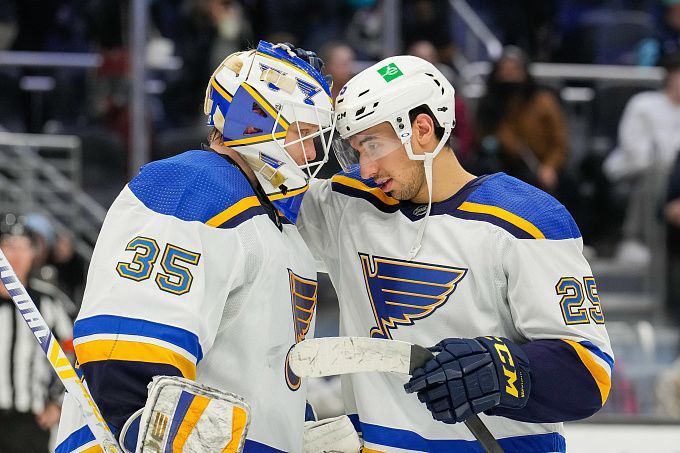 St. Louis has a high-grade regular season but loses its chance to lead the Western Conference standings. Colorado is too good to replace it in the first place, but the Notes are still fighting for the second line with Nashville. Craig Berube's wards had only two losses in the last eight meetings. The match with Toronto turned out bright and persistent - 5:6. In the battle with Calgary, the Missouri representatives looked surprisingly weak and lost - 1:7. Otherwise, the Bluesmen showed a very stable and prosperous playing, which allowed them to remain in third place in the West.

Calgary is a team that missed the playoffs the year before. Now they are trying not to make past mistakes to participate in the cup battles. Darryl Sutter's charges had a great start, picking up points in 10 of their starting 11 games. The Flames' results might have been good after that until they found themselves in a December slump. Back then, the Red and Yellow suffered eight losses in ten games, which seriously aggravated their situation. Fortunately, they gradually find themselves, as evidenced by victories over St. Louis and Columbus - 7:1 and 6:0 respectively, which allowed Calgary to climb to the eighth line in the Western Conference standings.

As a rule, two games between the same teams, played within a short time frame, are very different. Calgary managed to defeat St. Louis 7:1 last week, but don't expect the Notes to be the whipping boys again. On the contrary, they had three days to prepare for another battle with the Flames to make up for a painful defeat. Moreover, Craig Berube's men have won six of their last seven home games, while the Red and Yellow have lost four of their previous five away games. Therefore, we bet on St. Louis winning.

St. Louis and Calgary have recently produced fiery matches with plenty of goal-scoring performances. In their previous 14 head-to-head encounters, the opponents had 100 goals (7.14 per game average), which is respectable even in the NHL, especially over such a long distance. Now we should expect a goal feast, as the Bluesmen will be looking for convincing revenge. The Flames have a suddenly awakened attack that scores on an industrial scale. On this basis, the optimal option for the forecast seems to be a total over 6.5.

Ivan Barbashev, in the current regular season, has already set a personal record for a productive play, although there are still a few dozen games to go. During his 41 matches, he has already scored 34 points (15 goals + 19 assists), eight points ahead of his previous best record. There is an excellent Russian squad in St. Louis right now with Pavel Buchnevich and Vladimir Tarasenko where everyone feels comfortable, especially the centre forward who rose to the next level. In such a situation, it is worth looking at a bet on the total over 0.5 points by Ivan Barbashev.