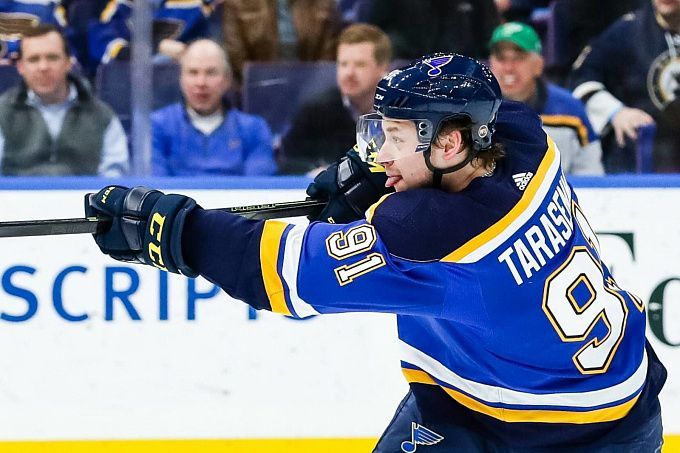 Prediction for the NHL St. Louis Blues vs Winnipeg Jets match, which will take place on January 29. Check the team conditions and choose several betting options.

St. Louis is having a solid regular season. Most importantly, the Musicians have been doing a great job of working through their mistakes. They suffered two straight losses in early December. A convincing win followed every loss. The bright example is the last two games against Calgary when the Bluesmen first lost to the Flames (1:7), but in the next meeting, they took revenge (5:1). Craig Berube's men have won a total of four games in their last five games, which only confirms their good form. St. Louis now sits in third place in the Western Conference standings, six points behind the leader.

Winnipeg's current regular season has not been as successful. Paul Maurice has already been dismissed due to a poor start to the season, and Dave Lowry has not yet made any progress from his side. Moreover, after a good run in early January, when the Jets won four games out of five, their situation has significantly deteriorated. In the last six games, they could not get a single victory, and in four cases, they even lost in the regular time without points. Such poor results have already dropped Winnipeg to 13th place in the Western Conference standings, and their chances of making the playoffs are getting lower and lower.

St. Louis and Winnipeg seemed to be on the same level before the regular season, but in reality, things have turned out differently so far. While the Musicians are fighting for the lead in the West, the Jets are outside the top eight. The Bluesmen also come into this game in top form, having won four of their five previous meetings, while the visitors have lost their last six in a row. As a result, we suggest betting on a St Louis win for 1.55.

St. Louis and Winnipeg have been quite productive of late. In their previous six head-to-head encounters, the two teams have combined for 38 goals (6.33 goals per game average). In the regular season, both groups also operate openly, playing well offensively while committing decent mistakes on defence. As a result, we suggest betting on a total over 5.5 for 1.80.

Brandon Saad is a newcomer to St. Louis who was added to the team in the offseason but immediately began to play decent, becoming an essential player for the Bluesmen. The American has already scored 25 points (15 goals + 10 assists) in 39 games. Moreover, in the last game against Calgary, the 29-year-old hockey player made a double and scored an assist, which only confirms his excellent form, so we suggest betting on Brandon Saad's total over 0.5 for 3.5.