St. Louis vs Arizona: the Hosts to Outplay the Visiting Team 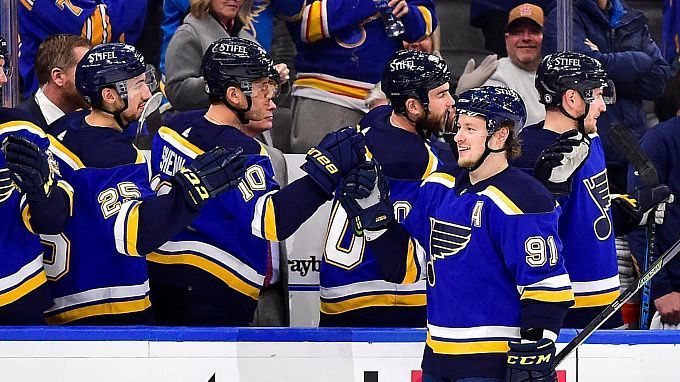 Prediction for the NHL St. Louis vs Arizona match, which will take place on April 5 at 03:00. Who will be stronger? Check the teams’ conditions and expert betting tips. Several betting options are available!

St. Louis has won three of its last four games. In general, the result is acceptable, because they lost the only game to Edmonton in overtime (5:6). But they managed to win three times in regulation time - twice over Vancouver (4:1 and 4:3) and in the last game Calgary with the score 6:4. As for St. Louis' position in the Central Division table, it is in third place with 86 points. Fifth Dallas is only five points ahead, so any slip-up could be very costly.

Arizona recently ended their six-game unsuccessful streak and managed to beat San Jose 3:2. However, the joy of the Coyotes did not last long as in the next game they were defeated by Anaheim (0:5). In the last game the team could get one more victory - they outplayed Chicago (3:2) in overtime. In any case, Arizona is simply finishing the season, as in the standings of the Central Division is in last place with 49 points.

The analysts see St. Louis as a favorite. The home team is much better and they should absolutely not lose points. Nobody has guaranteed them a playoff spot just yet.

We agree with the bookmakers and believe that St. Louis will have no problem against poor Arizona. For the visiting team, this is the second day of back-to-back games and they may lack energy. We think, however, that the visitors will score a puck or two - it's another matter if they concede more. That's why it's logical to bet on a win for the home team and a puck exchange.