St. Louis vs Buffalo Prediction: a Non-Loss for the Sabres 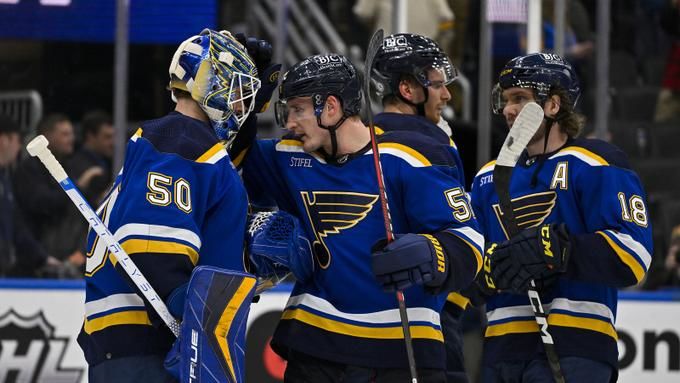 Prediction for the NHL St. Louis Blues vs Buffalo Sabres match, which will take place on January 25. Who will turn out to be stronger? Check the team conditions! Several betting options are available.

St. Louis is far from their best this season, but they're still afloat. They've played in 47 meetings, getting 23 wins and 24 losses. So with 49 points the Blues are sixth in the Central Division standings. After beating Ottawa (2-1) and Nashville (5-2), St. Louis lost 3-5 to Chicago.

Buffalo hasn't been shining this campaign, either. They perticipated in 46 games winning 24 and failing 22. Therefore, with 51 points, the team is in fourth position in the Atlantic Division standings. Note that now the Sabres are going unbeaten for three matches in a row. In the last meeting they defeated Dallas in overtime (3-2).

For some reason, analysts think St. Louis is the favorite for the upcoming game, although we wouldn't be too quick to write Buffalo off. The Sabres look just as good as the Blues this season, even better. Now they have a three-win streak, which they are certainly not going to break. We think that the visitors can at least not lose over three periods.