St. Louis vs Seattle: the Hosts to Beat the Visiting Team Skillfully 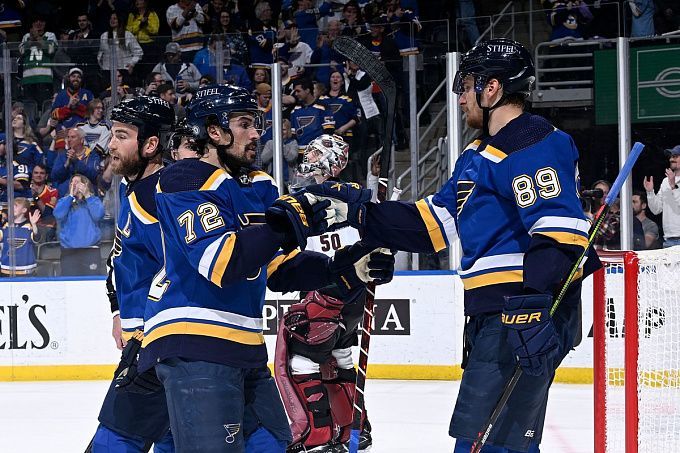 Prediction for the NHL St. Louis Blues vs Seattle Kraken match, which will take place on April 7 at 03:00. Who will be stronger? Check the teams’ conditions and expert betting tips. Several betting options are available!

St. Louis is on a good roll with four wins in its last five games. The only club to which the Blues lost was Edmonton, and that was after overtime (5:6). After that defeat the team played two matches outplaying Calgary (6:4) and Arizona (5:1). In the Central Division standings St. Louis is in third place with 88 points, hardly in danger of losing their playoff spot, but they still can't relax.

Seattle has shown some great playing from time to time. Thus, in the previous five games they managed to beat Los Angeles (6:1) and Dallas (4:1), but in the other three they failed. In any case, the Kraken have no tournament motivation for a long time - ahead of this game they are still in last place in the standings of the Pacific Division with 50 points.

We don't think St. Louis will have any problems against Seattle. The Blues have scored in their past five games and won four of them. Nobody has guaranteed them a playoff spot, so they simply can't afford to fall to the clear underdogs.

The opponents have met twice in history, in January and February of this year. In the first game, St. Louis won with a score of 2:1, in the second the score was 5:0. We think that with the home support the squad will outplay his opponent at the expense of the level.