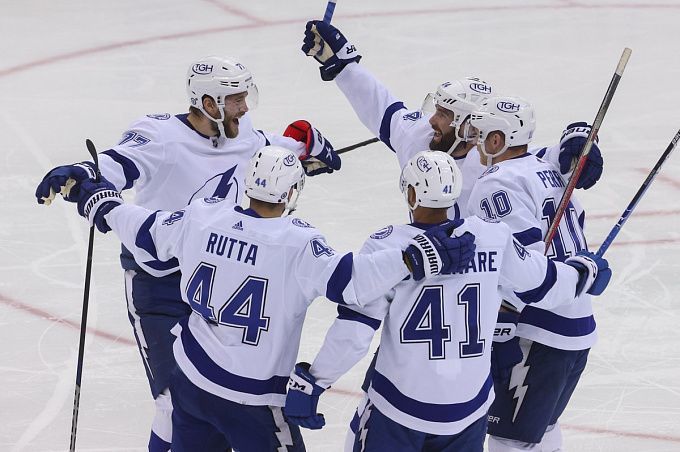 Prediction for the NHL Tampa Bay Lightning vs Boston Bruins match, which will take place on April 9. Check the team conditions and choose several betting options.

After a disappointing stretch in which the Lightning lost to Montreal, Toronto and Washington, the reigning champions dropped to sixth place in the Eastern Conference standings. The Lightning missed out on Boston, so a head-to-head game with the Bears will try to regain their lost ground. Tampa Bay had a four-game winning streak before their three straight losses.

The Bruins are undoubtedly the best team in the Eastern Conference in the last 20 games. The Bears have won 15 of them. However, the meeting with Detroit showed they were tired (3:5). David Pastrňák didn't appear in Detroit. The Czech forward's participation in the upcoming game is still questionable. The team ranks fifth in the East and almost certainly won't drop below the 7th spot.

Without David Pastrňák, Boston's offensive potential is noticeably lower. So Tampa Bay and Andrei Vasilevskiy have an excellent chance in the upcoming game to break their losing streak and overtake the Bruins in the standings. The Lightning are unlikely to plan on giving up their season series to Boston, in which they are losing 1:2 so far.