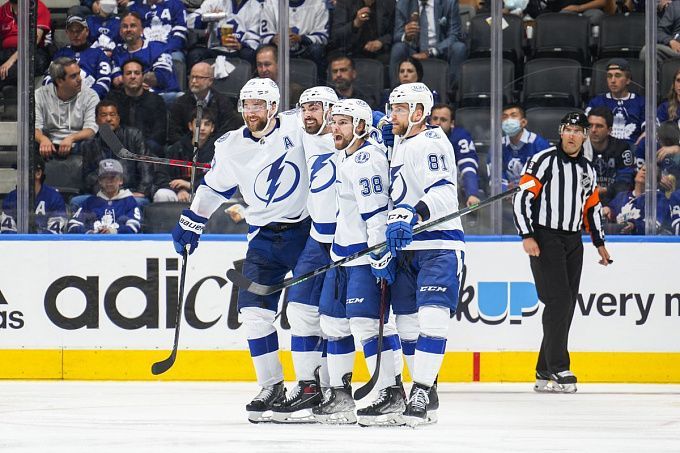 Prediction for the NHL Tampa Bay Lightning vs Florida Panthers match, which will take place on May 22. Check the team conditions and choose several betting options.

Tampa Bay started the series against Florida exceptionally well. On the road, the Lightning won and earned a comfortable 4:1 victory. Moreover, in the second game, the score was 1:1 until the final siren, which would have sent the game into overtime, but Ross Colton managed to score and pull out a win for his team. As a result, Tampa Bay held a 2:0 lead in the series and made a serious claim to the Eastern final.

The start of the series was disappointing for Florida. After three straight wins over Washington in the last round of the playoffs, the Panthers lost their first two games to Tampa Bay on their ice. The second loss could not be called a deserved defeat, as Florida outscored their opponent, conceding just four seconds before the final siren.

We think Florida can come back from two losses and get back into the series. The team had a crazy regular season, scoring the most points, and falling 0:3 to Tampa Bay is simply unacceptable. This is essentially the Panthers' last chance - there's no way they can come back from 0:3. The Lightning will probably unwittingly allow themselves a little relaxation in some episodes, as they are leading 2:0 in the series.

We want to take advantage of the odds to win the game. We should also note that both meetings in the series were unproductive.