Tampa Bay Lightning vs Montréal Canadiens: No Vasilevskiy. Plenty of Goals, the Hosts to Win 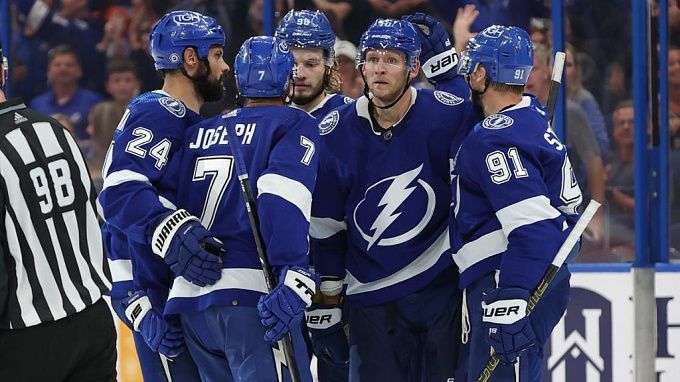 Prediction for the NHL Tampa Bay vs Montréal match, which will take place on December 29 at 03:00. Check the teams’ conditions and expert betting tips. Several betting options are available!

No Vasilevskiy This Time

The best goaltender on the planet is under coronavirus measures. The Lightning in the upcoming game will be forced to go with Elliot, Vasilevsky's backup. In addition, defender Mikhail Sergachev will not join - for the same reason.

In addition, it is worth noting the tournament situation: the best NHL team of the last two seasons currently leads the standings of the entire Eastern Conference. Cooper's system obviously works. Changes in game combinations have not yet affected Lightning in any way.

If Tampa Bay tops the Eastern Conference table, then Montreal bottoms. The gap even from the penultimate place, which Ottawa currently occupies, is already more than one victory – 3 points. Montreal has only seven wins in the 31st match since the start of the season. The syndrome of the second championship for Dominique Ducharme. Last season, the Canadiens bit more than one can chew.

The opponents have already played the first match of the season series. Tampa Bay beat Montreal 3:2 away.

John Cooper's team has already accustomed itself to the fact that it is capable of consistently winning even without its stars. Perhaps, the upcoming match will not be an exception – today's Montreal is weak. The only thing is that Tampa Bay will probably have to score a little more to win, given the absence of Andrei Vaisilevsky. Prediction: Tampa Bay is likely to win.