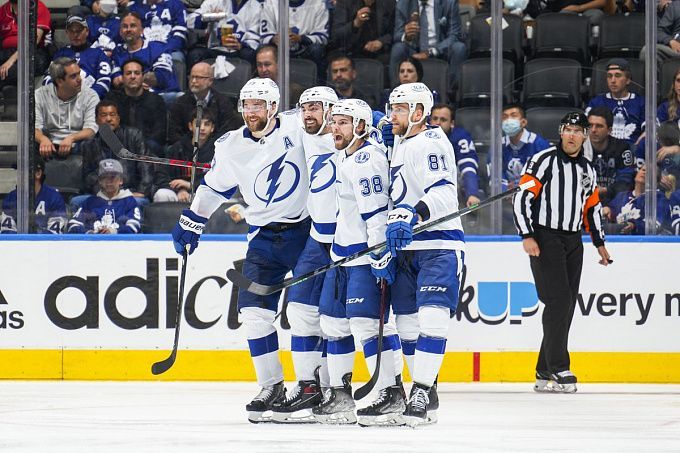 Prediction for the NHL Tampa Bay Lightning vs Toronto Maple Leafs match, which will take place on May 13. Check the team conditions and choose several betting options.

Tampa Bay lost in the first game of the series, where they were disgracefully lost to Toronto 0:5. Then the Lightning managed to beat (5:3), then they lost (2:5), in the game before last, they beat Toronto (7:3), and in the previous game, they lost by just one puck (3:4). In short, the series score is now 2:3, and Tampa Bay is on the verge of relegation.

Toronto looked very strong throughout the series and made their intentions clear already in the first game. The Maple Leafs alternated between defeats and victories but had already reached a point where they were just one win away from qualifying for the next round of the playoffs.

Bookmakers' analysts believe Tampa Bay is the favorite, and we agree. The Lightning is looking for their third straight Stanley Cup, and they can take the series away with their experience. And Toronto's stigma of being an underdog also has a psychological effect on them. In addition, the sixth game of the series will take place at Amalie Arena, where the crowd will be pushing John Cooper's team forward.

We do not think that Tampa Bay will allow themselves to lose the series on their ice, so we expect them to win. However, as a safety of the main bet, we choose a win for the home team, taking into account overtime.