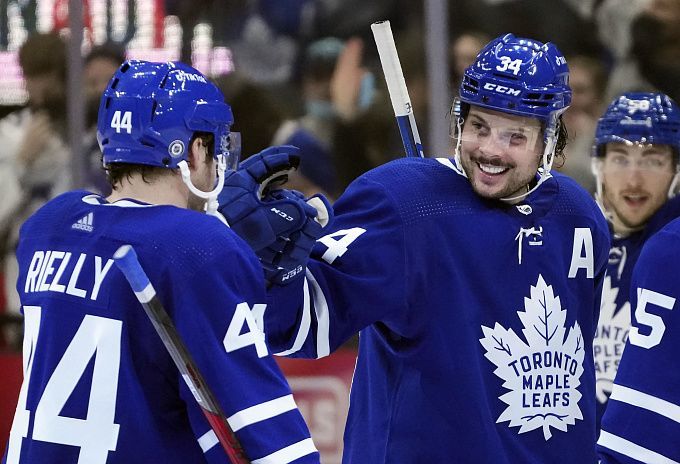 Tampa Bay broke a four-game winning streak. Along the way, the Lightning could beat Detroit (2:1 in overtime), the Islanders (4:1), Carolina (4:3 overtime) and Chicago (5:2). However, in the last game the team lost rather unexpectedly to Montreal on a penalty shot (4:5). "Tampa Bay is in third place in the Atlantic Division standings with 93 points, but still has a good chance to climb into second place.

Toronto is on a four-game winning streak. The team started with a win over Florida (5:2), then over Boston (6:2), then Winnipeg (7:3), and in the last matchup they beat Philadelphia (6:3). Like Tampa Bay, Toronto has 93 points, but sits second in the Atlantic Division standings. The Maple Leafs are worth waiting for in the play-offs, and they can still mathematically take the lead in the division.

Bookmakers' experts believe that Tampa Bay has a better chance of success in this meeting. The choice is probably justified primarily by the home field, as the team's look pretty equal this season, which after such a long distance reflects their position in the standings and the same number of points in the assets.

We think Toronto has a good chance of succeeding in this meeting. The Maple Leafs are performing just as well as their opponent, and they hardly want to interrupt their win streak. We'd suggest a non-win for the visitors. They can take away at least one point from the Amalie Arena. Prediction: Toronto won't lose for 1.80.