Tampa Bay Lightning vs Winnipeg Jets: The opponents will delight us with their performance 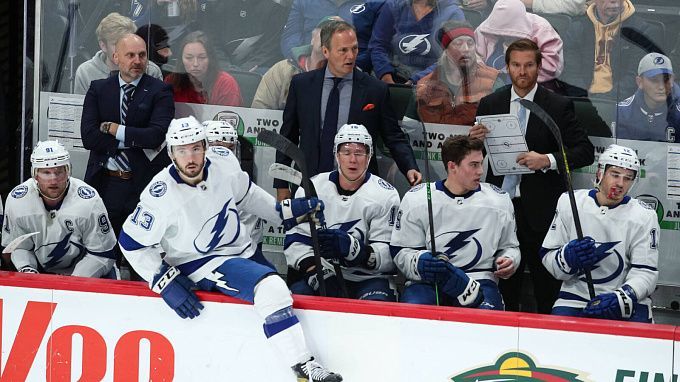 Prediction for the NHL Tampa Bay Lightning vs Winnipeg Jets match, which will take place on April 17. Check the team conditions and choose several betting options.

After four straight defeats, Tampa Bay won 5:0 against Buffalo. They lost 0:1 to Dallas after that, but the Lightning beat Anaheim 4:3 in overtime last week. Tampa Bay is in third place in the Atlantic Division table with 98 points, already guaranteed a playoff spot.

Winnipeg also won after four consecutive losses, defeating Ottawa 4:3. Then they beat Montreal 4:2, but in their last game the Jets lost to Florida (1:6). As for Winnipeg's position in the Central Division standings, they are in sixth place with 81 points. They still have a minimal chance of making the play-offs, but probably only mathematically.

The bookmakers' analysts consider Tampa Bay to be the favourites. However, the home team is already guaranteed a playoff spot, and they've rarely been faltering lately. The visitors have a theoretical chance to continue their season, and so they'll fight to the end.

Their head-to-head games between the opponents have been productive, with at least seven goals in their last five. That's why it's logical to bet on a total over.