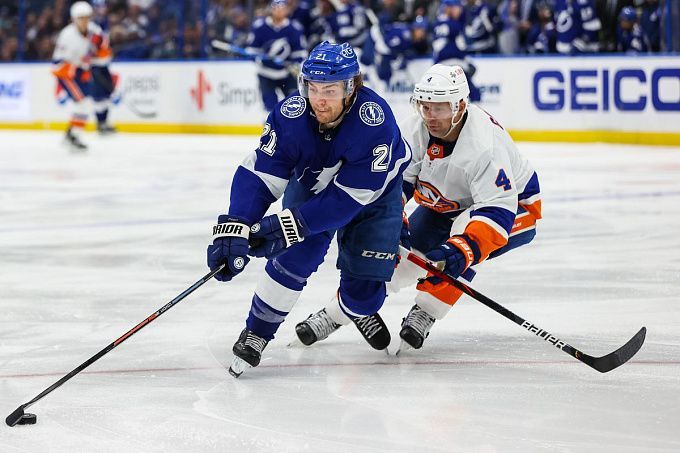 The Tampa Bay Lightning will take on the Chicago Blackhawks in an NHL match on April 2, 02:00 (UTC+3). Let’s see how the opponents are doing & what the best bet is. There are several options for you to consider!

After three losses in a row, the Lightning are getting back on track. They already have a three-game winning streak under their belt, with a total score of 10-5. First there is a victory over Detroit in overtime, then in three pucks over the Islanders and finally over the powerful Carolina in OT. This puts Tampa Bay in contention for the top spot in the Atlantic Division standings, six points behind first-place Florida.

Chicago faces an extremely tough back-to-back. The will meet Florida in the first game and then Tampa after that. Both opponents are vastly superior to the Blackhawks, plus all two games will be on the road, and the Chicago team does not do well there, being 12th in the Western Conference (13 wins and 21 losses). The Blackhawks approach the back-to-back with two losses in a row – 4-5 (including OT) at the hands of Vegas and 5-6 by Buffalo.

As we said before, the Blackhawks have a very tough road series ahead of them. Two top clubs are waiting for them at home to earn points. So, they are bound to have a hard time. At home, Tampa has the fifth best record in the Eastern Conference with 20 wins and ten losses.

Facts about the upcoming matchup

Of course, we will give preference to the hosts in this confrontation. Tampa Bay are getting better lately, and we doubt that the Blackhawks will fight back after a tough game against Florida. The Lightning's five-game winning streak over Chicago also tells us that they are quite comfortable playing such a stiff opponent. All in all, we don't expect any sensations.