Content
To top
1.
Tampa Bay Pulled Themselves Together at a Key Moment
2.
Colorado's Going to Have a Tough Time
3.
Expert Betting Tips
Users' Choice
1633 200 USD

Tampa Bay vs Colorado Prediction: What About the Seventh Match? 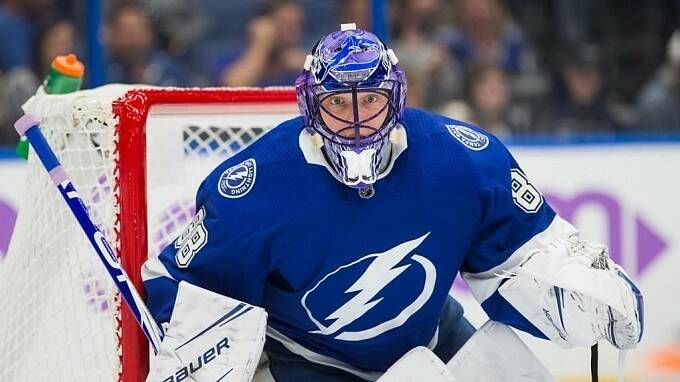 Colorado blew a chance to celebrate a Stanley Cup victory by losing to Tampa Bay in Game 5 at home. Now, in Game 6, the Lightning has a great opportunity to extend the rivalry even further at home. Will there be a seventh game? We will choose several options for betting.

Tampa Bay Pulled Themselves Together at a Key Moment

How many times have the Lightning been on the brink of failure? Even in the current playoffs, John Cooper's team has made it in the problematic series with Toronto and the New York Rangers - 2:3 and 0:2. So a situation where they can't lose is no surprise to Tampa Bay.

At Ball Arena in Denver, the Lightning was playing with near-excellence. They took the lead twice and let their opponent score twice, but they never hesitated and dominated for the third time at the end of the third period. The Avalanche had no time to get back. Ondrej Palat sent the winning goal - 3:2! Kucherov and Rutta scored, too. Sergachev and Perry made two assists, and Andrei Vasilevsky saved 35 shots on goal. The Lightning extended their streak!

Colorado's Going to Have a Tough Time

Don't overlook the fact that the Avalanche is just one win away from winning the Stanley Cup Finals. It's the most challenging task in all hockey players' careers. Game 5 proved that Colorado's opponent, the two-time reigning champion, is not simply alive but can win three matches and secure a third title.

Among other things, Game 5 showed the undeniable advantage of Tampa Bay at the goaltending position. While Andrei Vasilevskiy saved nearly 95% of shots, Colorado goalie Darcy Kuemper did less than 90%, conceding at least one unnecessary goal. To beat the Lightning, they have to act perfectly at crucial moments. Can the Avalanche do that?

Oddly enough, the final series is just beginning. Tampa Bay, led by the best goaltender on the planet, Andrei Vasilevskiy, turned on maximum power, beat Colorado, and won't give up the home Game 6.

The only chance for the Avalanche to win the upcoming game appears to be a perfect defense. Whether Darcy Kuemper to do his best right now is a big question. Vasilevskiy, on his turn, definitely can. Prediction: Tampa Bay will not lose, and the total under 8.5.