Tampa Bay vs Detroit: the Lightning to win in a high-scoring match 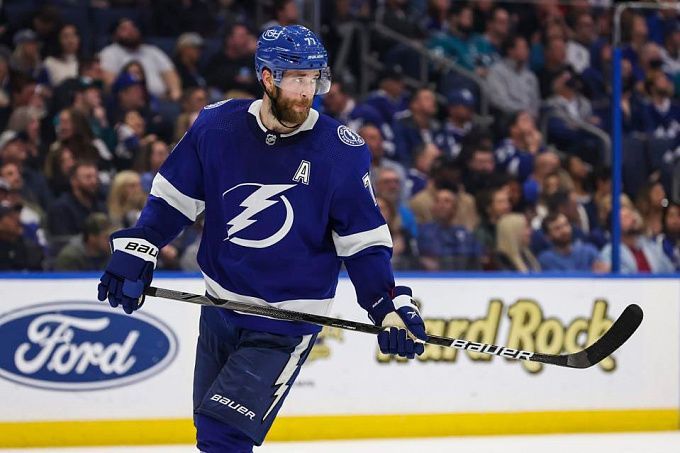 Tampa Bay lost to Pittsburgh 1-5, and now will probably get back at Detroit. Do the Red Wings have no chance of success against the champion? Let's pick a few options to bet on at once.

It happens to Tampa Bay in championship seasons – the team starts to fail more often near the end of the regular season. Just look back at last year's 2-7 loss to Nashville and everything becomes clear. In the game with Pittsburgh, a lot was decided as early as in the first period when the Penguins scored two unanswered pucks. The Lightning scored one in the second period but could not manage more. 1-5 – in any case, Pittsburgh needs more now.

Detroit had a historic game

The Red Wings beat East Conference leader Carolina in their previous game, but does it really matter? Before that, Detroit had played one of the most impressive games in NHL history. The Wings' meeting with Toronto ended in a 7-10 loss. It's unlikely anyone will even come close to 17 goals per game this season.

In the first game of the season series, Tampa Bay outplayed Detroit on the road, 7-6 in overtime.

The rivals played the first game of the season series back in October, when Tampa Bay was clearly not ready to play at their level. So it is unlikely that the rivals will be as productive in the upcoming game. Likewise, one should not expect a Total Under here either as the Lightning's backup to Andrei Vasilevskiy, Elliott, will likely take over the goalie spot, while the Red Wings have played a Total Over with any goaltender this season.

Prediction: increased motivation after the loss to Pittsburgh will help Tampa Bay outplay Detroit in a productive matchup.