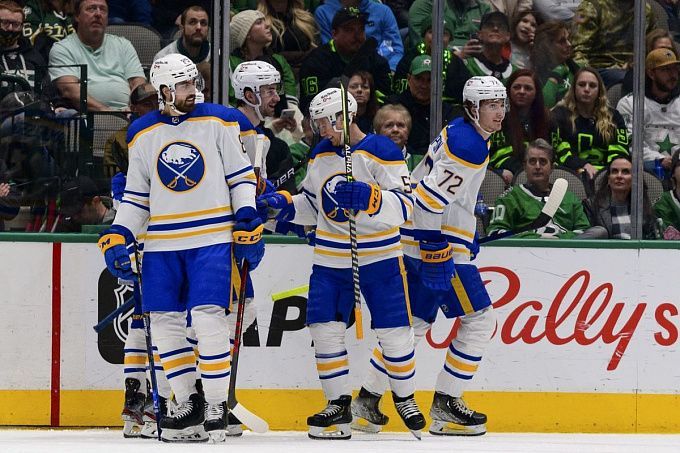 Prediction for the NHL Toronto Maple Leafs vs Buffalo Sabres match, which will take place on March 3. Check the team conditions and choose several betting options.

After three defeats in a row, Toronto was able to recover. The team scored three wins in their last three games. They beat Minnesota (3:1), a crazy 10:7 victory over Detroit and 5:3 over Washington. The Maple Leafs are third in the Atlantic Division standings with 74 points and have a good chance of finishing first, just two points behind.

Buffalo are terrible. In their last six games, the Sabres lost 1:3 to Ottawa, 3:5 to Colorado, 3:7 to Columbus, 0:4 to Montreal, 3:5 to St. Louis and 2:4 to Dallas. Currently, Buffalo is in penultimate place in the Atlantic Division table with 40 points. Only Montreal is worse off.

We don't think Buffalo have any chance of success in this meeting. Toronto is on a high roll with three wins in a row and not over any passing opponents. The Sabres have six straight losses. The home fans will help the Maple Leafs, so let's bet on their confident victory in the total over a game. Prediction: Toronto will win + Total Over (4.5).