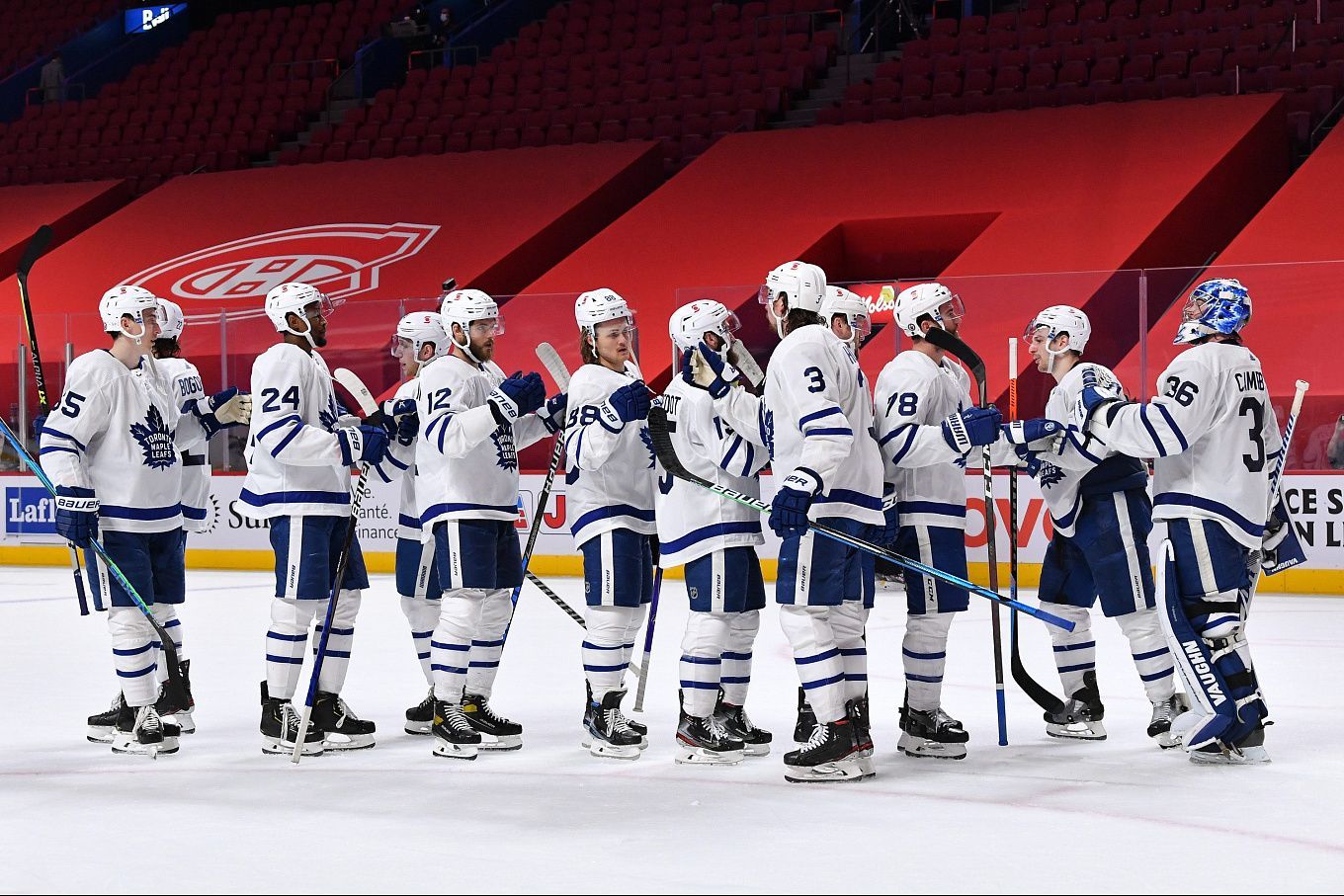 Toronto have only one victory left to reach the second round of the Stanley Cup for the first time since 2004. Will Sheldon Keefe’s team be able to cope with this task in the fifth game of the series? We predict that the Maple Leafs will not let their opponent get away.

Toronto are close to a historical event. Since 2004 they could not win a single series, and now they need to win at least one game of the next three to reach the finals of the Northern Division. It was a tough start for the Maple Leafs, though, as they lost their opening game to Montreal, 1-2, and also lost their captain John Tavares to injury. Sheldon Keefe’s team gradually shifted the momentum in the series, claiming three straight victories by a combined score of 11-2, giving them a 3-1 lead in the contest. Such quality play gives faith not only that Toronto will finally make it past the first round of the play-offs, but also that they will be in serious contention for the Stanley Cup.

Montreal are a surprise playoff participant, as before the start of the season in the North Division other teams seemed to be stronger and more balanced, but the Canadiens proved otherwise. The change of head coach, now Dominique Ducharme, helped them, as well as spot reinforcements to the squad. They took on the division’s strongest team in the first round of the Stanley Cup, but still managed to win the opening game, 2-1. Alas, that was the end of Montreal’ exploits, as they lost the next three games by a combined score of 2-11, and both their defence and attack were struggling, with Carey Price not giving his team much of a chance to succeed.

After their success in the first game of the series, the Montreal hockey players somehow easily let their opponent take the lead. Dominique Ducharme’s boys were both offensively and defensively disrupted, which was reflected in the results. The Maple Leafs, on the other hand, are doing just fine, they have found their game even without their captain, they work excellently near their goal and their attacking skills are so high that they will score for sure. As a result, we suggest betting on Toronto to win with a handicap (-1.5) for 2.12.

Toronto in the regular championship showed bright and attacking hockey. There were often failures in defense, but in the playoffs, they were instantly transformed. The Maple Leafs now have a solid defensive line, which allowed just four goals (1.00 goals per game average) in their opening four games. The quality of Sheldon Keefe’s play in front of the net has led to a situation where the Canadiens are running out of options to score, so Montreal’ Individual Total Under 1.5 goals at odds close to 2.46 would seem to be a good option.

Morgan Rielly is one of Toronto’s most experienced players, who remembers perfectly all the defeats the Maple Leafs allowed in the playoffs in recent years, so now he is incredibly productive defensively to prevent another collapse and also has time to connect on offense. In the four-game series with Montreal, the 27-year-old player has already tallied one scoring goal and two assisted points. With that in mind, a bet on Morgan Rielly’s Total Over 0.5 point at around 1.80 is worth considering.