Toronto vs Tampa Bay: the Leafs Can't Lose at Home 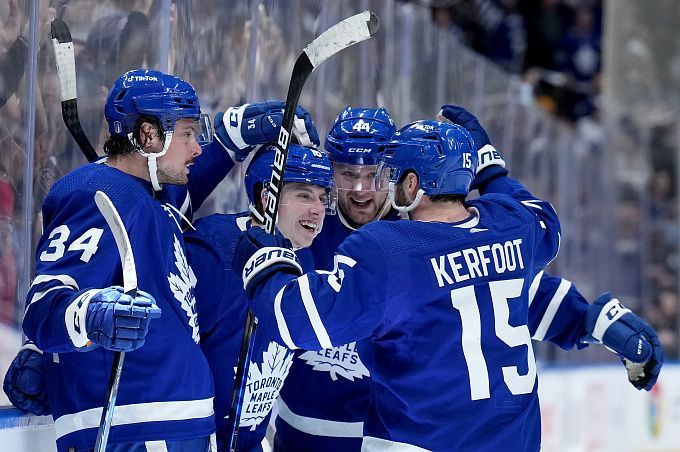 Prediction for the NHL Toronto Maple Leafs vs Tampa Bay Lightning match, which will take place on May 11. Check the team conditions! Several betting options are available.

In the first game, Toronto opened the scoring in the series, defeating the Lightning 5:0. Still, they could not increase their advantage in the second game - a 3:5 defeat. Then, in two away games, the Maple Leafs took the minimum they needed - they got one win, but then lost. This contributed to the tie in the series (2:2). Now Toronto will play the upcoming game at home, where they have a chance to go on the lead again.

Tampa Bay has never taken the upper hand in a series in all four games. The team is currently playing catch-up, but things could change in Game 5. After the unsuccessful first match, where the Lightning simply had no luck (0:5), they were recovered and won with 5:3. But in the first home game Tampa Bay" suffers defeat, which led to the fact that it is once again playing in the catch-up. In the fourth game of the series, the Lightning defeated the Maple Leafs 7:3, which results in a tie in the series.

In our opinion, Toronto will be stronger in the upcoming game. After two away macthes, they will return to Scotiabank Arena, where they have no right to lose, as now the stakes are high. Recall that the last time Toronto won the Stanley Cup was in 1967, the longest losing streak in the NHL.

It is worth considering the pattern the teams have shown within the series. First Toronto takes the lead, and then Tampa Bay even the score afterwards. We don't think it will be any different in this matchup. On this basis, we advise to bet on not to lose the first team, adding four goals.