Vancouver Canucks vs Anaheim Ducks Prediction: Expect a Total Over 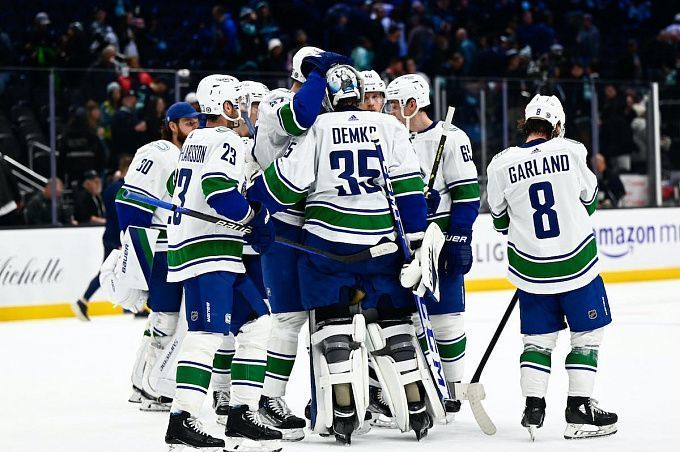 Prediction for the NHL Vancouver Canucks vs Anaheim Ducks match, which will take place on November 4. Check the team conditions and choose several betting options.

Vancouver has been awful in the season's opening games, with seven straight defeats. But after that, the Canucks broke that streak with two wins - 5:4 over Seattle and even 5:1 over Pittsburgh. However, in their last game, they lost again, this time 2:5 to New Jersey. They're still last in the standings, both in the Pacific and the West, with six points.

Anaheim isn't exactly shining in its new campaign, either. In ten games, the Ducks only managed to win three, but they lost seven games in a row. However, the team broke the streak in their previous games, beating Toronto 4:3 and San Jose 6:5. Anaheim is sixth in the Pacific standings with seven points.

As for the betting, here we suggest not to get into the outcomes and not to choose the favorite. In games involving Vancouver, the teams score an average of 6.8 pucks; in games involving Anaheim, 6.6. Primarily, of course, because of the teams' poor defensive situations. Nevertheless, they can also score, so we suggest betting on a standard total over.